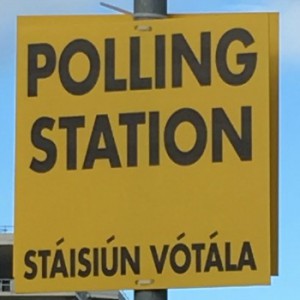 Much of the election campaign to date has focused on the various parties plans to use the available fiscal space. Fiscal space refers to the resources available for discretionary increases in public spending or reductions in taxation.

The Department of Finance has estimated that the net fiscal space available in the 5 years to 2021 will be €8.6 billion . Most of this will on present projections be available in 2020 and 2021. Given the uncertainties in the world economic environment, estimates for over 3 years out should be treated with caution. What is clear is that the amount of discretion available to Government in the next three years will be very limited; perhaps €2.5 billion after making some allowance for public pay increases in 2019. As a result any public expectation of a substantial increase in public spending or reduction in taxation in the near future will be disappointed. The USC will be with us for some years yet.

Most public spending goes on the young and the old. Ireland’s demographic structure now is such that we should be able to finance a given level of spending with a relatively low tax level1 . This will change and taxes will have to rise in the future to pay for the current level of services2 unless there are improvements in the efficiency of service delivery. These are difficult to achieve.

In these circumstances, commitments to abolish or reduce taxes beyond indexation should be treated with caution. In addition, spending pressures are substantial. For example, gross current spending on services in 2016 is over €3bn higher than was envisaged in 2013.

Reductions in some taxes may need to be balanced by increases in other taxes. This could take the form of non indexation of income tax or extensions of the tax base.

Decisions on the appropriate degree of progressivity in the tax system are matters of political choice. However, a number of guiding principles are suggested

Fine Gael, Labour and Fianna Fail are proposing either abolition or substantial reductions in the Universal Social Charge (USC). The USC was introduced because it was felt that too many people had been taken out of the income tax net during the boom and that reliance for a substantial proportion of income tax revenue on a relatively small number of people increased the volatility of tax revenue. At present, the direct tax (including PRSI paid) at the bottom of the income distribution is among the lowest in the OECD3. USC is expected to raise €4 billion in 2016 which is about half the education budget. Steps to hollow out the direct tax base risk repeating the errors of the boom period. Reform of the USC4 and integrating with income tax provides a better policy option.

Measures to ensure the provision of adequate pensions in the future are overdue and are now urgent. A system of auto-enrolment5 into a National Pensions Fund should be introduced as a first step to increase the level of supplementary pensions. If this does not result in a substantial increase in pensions saving, the system should be made mandatory. In addition, the retirement age should be linked to increases in life expectancy.

The Labour Party has proposed introducing a system of auto-enrolment; starting with large employers. Fine Gael proposes to introduce a new universal supplementary pension. While these proposals are welcome, further details of what is envisaged would be needed to evaluate the proposals. Inadequate pension provision is a particular problem for employees who are not in large firms and their needs are urgent. This urgency is not reflected in any of the manifestos.

Sinn Fein proposes to reduce the cap on pension contributions to €60,000. This is likely to reduce the already inadequate level of pension saving and further increase the pensions divide between the public and private sectors and would be a retrograde step.

Despite a number of well publicised errors, Irish Water is beginning to deliver substantial improvements in water services. We believe that Irish Water should be retained. The yield from water charges should be increased by removing the cap to encourage conservation. Other measures should be taken to enable Irish Water to pass the Eurostat Market Corporation Test so that the necessary investment to deliver a fit for purpose water delivery system is not constrained by the limits on public investment. This would allow investment in water services to be increased and make more room for other much needed public investment such as social housing.

Fine Gael and Labour propose no major changes in the existing policy of extending water meters and keeping Irish Water. Fianna Fail and Sinn Fein would abolish water charges and Irish Water. The worst option would be to abolish a national utility7 . The local authority system did not deliver fit for purpose water services. The present structure of charges does not sufficiently encourage conservation8 and no party is proposing a charging mechanism to do so and proposing the steps necessary to remove Irish Water from the Government Accounts. The result is that public investment which already is too low is likely to be further constrained. In addition, the abolition of charges would be unfair to the substantial number of people who already pay for their water in the large number of Group schemes (about 1,000).

Residential Property Tax should be charged on up to date market values9 with a deduction for outstanding mortgage debt. Local authorities should retain the yield from tax paid in their areas. If the overall level of taxation needs to increase, the first priority should be to increase property tax as it is relatively low in Ireland and is the least economically damaging form of taxation.

Residential property taxes if levied on up to date valuations are a means of capturing the betterment gains from public investment. Local authorities should be given more discretion to vary the rate of tax to avoid very substantial increases in liability due to escalating house values.

Sinn Fein undertake to abolish residential property tax and introduce a second home tax of €400. The abolition of residential property tax would be a retrograde step. The evidence is that property taxes are the least damaging taxes to economic growth and in any event are desirable on equity grounds. The other parties propose freezing property valuations until 2019. This is also not good policy. The longer a revaluation is postponed the more difficult it becomes and further postponements are difficult to resist. Experience suggests that this leads to such anomalies that the existence of the tax itself comes into jeopardy.

“We all know what to do, we just don’t know how to get re-elected after we’ve done it” J.C. Juncker

The measures we recommend in the policy areas we have studied are in our view in the long-term interest of the Irish people. They are in many cases unpopular. This presents a challenge for political parties. The constraints under which the next Government will have to operate are underestimated and the different commitments in the manifestos may be difficult to fulfil. This runs the risk of increasing public disillusion with politics.

1 The effect of our population structure on tax and public spending is discussed here.

2 Our illustration of where does your tax go is here

3  Read some facts about the Irish tax system here

4 Suggested reforms of the USC are here

5 Evidence on auto-enrolment is here

6 See note on the Sustainability of the State Pension here.

9 The case for using up to date valuations is here