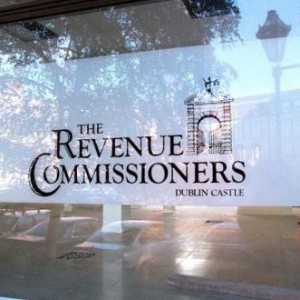 In assessing the various proposals by the different political parties in the General Election campaign , the following facts about our tax system should be taken into account.

Most public spending goes on the young (mainly education) and the old (pensions and health). At present, Ireland has the lowest proportion of people over 65 in the EU so spending on pensions and health should be lower than in other countries. For example we spend about 4 per cent of GDP on public pensions compared to an EU average of 9 per cent and 14 per cent in Greece. This relatively favourable position will change. The ageing of the population puts upward pressure on public spending and hence on the level of taxation required to pay for it. The cost of the state pension in Ireland is increasing by about €200 million a year as more and more people qualify for the State pension. Therefore, promises to reduce the overall level of taxation should be examined carefully.

The distribution of taxation is a matter for political debate but some insights may be gained from comparing our tax system with other OECD countries. What does that tell us ?.

Our income tax system is the most progressive in the EU and the tax is relatively low by European standards particularly in the bottom half of the income distribution. For example, the tax paid by a single person on half average earnings is the second lowest in the OECD (out of 34 countries) and is about one-tenth that in Denmark while the tax paid by a single person on two and a half times average earnings is the 7th highest in the OECD. At average income levels we are the 15th highest in OECD. A single worker on an average income of about €34,500 pays about €13,000 in income tax and social insurance contributions in Denmark compared to over €6,000 in Ireland.

A major reason for the relatively low level of direct taxation in Ireland is that PRSI is lower here. In many countries PRSI funds pay-related unemployment and pension benefits while the Irish system provides flat-rate benefits only. Irish employees (and their employers) have to fund supplementary pensions separately. For example, Irish employees pay about €2 billion (after tax relief) towards their pensions annually. In many higher tax countries such as Sweden and Belgium, these are funded through the tax system.

If we look at the tax payable (excluding PRSI), the tax paid by a single person on two and a half times average earnings is the 4th highest in Europe (after Denmark, Iceland and the Netherlands).

The evidence is that the top rate of tax in Ireland at 52 % (55% for self-employed) is not out of line with other EU and OECD countries. What is unusual is that it applies at a low level of income by international standards. For example, a single person on average earnings in Ireland has a marginal tax rate of 52 per cent which is the third highest in the OECD (after Belgium 54.9 per cent and Germany 52.1 per cent) and significantly above the OECD average of 36 per cent. For a single person at 167 per cent of average earnings, Ireland’s marginal tax rate at 52 per cent is the 5th highest in OECD and compares to an OECD average of 40 per cent.

In looking at distributional impacts, it is important not to focus only on individual taxes (or Exchequer expenditures for that matter) but on the overall impact and redistributive effect of taxes and social transfers (mainly through the social welfare system).

Some may argue that when we take account of indirect taxes, the progressivity of the direct tax system is offset. This is true of all tax systems. The claim that VAT is a highly regressive tax rests on the fact that for the people in the lowest 10 per cent of the income distribution (the bottom income decile), VAT expressed as a percentage of income is extremely high. The main reason for this is that in the bottom decile in Ireland, expenditure is almost double recorded income (186%). At the bottom of the reported income distribution, there is evidence that expenditure captures living standards better due mainly to underreporting of income.

People in the top decile pay 30 per cent of their gross income in direct tax1 so their disposable income is 70 % of their gross income. Since VAT paid is related to expenditure, a proportional VAT will by definition be regressive as a percentage of income. This impact is mitigated in Ireland (uniquely in the EU with the exception of Malta and the UK) where food which accounts for a sizeable part of the expenditure of low income people is zero rated for VAT. For example, Finland charges 14 % and Denmark charges 25 % on food – so our VAT system is more progressive than other countries.