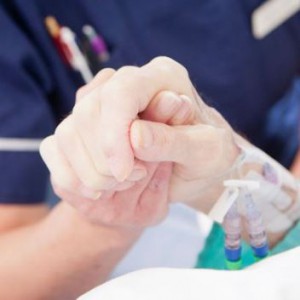 The high cost of health insurance claims by the older age groups shows the challenges that will arise in the future in funding our health services as the population ages.

In 2014, over two million people in Ireland had private health insurance. Forty-four percent of the population were covered by either open enrolment or restricted undertakings schemes1 . Restricted membership undertakings include those providing insurance cover for An Garda Síochána, ESB and Prison Officers. They have accounted for approximately four percent of the market since 2005. This note considers the cost of claims paid per insured life of those with open membership insurance.

The age profiles of those with health insurance are broken down into eight different groups in table 1. This table shows those who have open membership insurance between 2011 and 20142 .

The number of people with open membership insurance has decreased by seven percent between 2011 and 2014. While the number of people insured in age groups 0 to 59 has decreased on average by 10 percent, those aged between 60 and 80+ have increased on average by twelve percent, reflecting demographic trends. As of 1 July 2015, 1.9 million people had private health insurance and a further 98,927 were serving initial waiting periods. The number of insured persons increased in the twelve months from July 2014 to June 2015 by 2.7%. Figure 1 shows the percentage share of open membership of those covered by age group in 2014.

Table 3 – Value of Claims Paid €, by Age Group and Year

Figure 2 groups the data in the above table into three age categories to show the widening gap between claims paid for different age cohorts.

The high cost of health insurance claims by the older age groups shows the challenges that will arise in the future in funding our health services as the population ages.

1 As of June 2015, 46 percent of the Irish population are estimated to have private health insurance (including restricted undertakings) according to the Health Insurance Authority.
2 The table excludes those who are serving initial waiting periods, people insured with restricted membership undertakings and people who are insured with products that are not subject to the health insurance stamp duty and the age related health credits.
3 Average claims represents the total claims paid in each age group divided by the number of insured people in that age group (including those who made no claims).