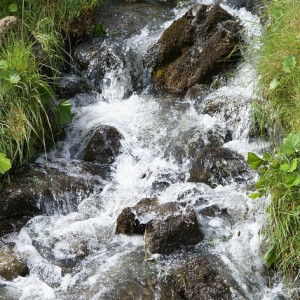 In the forthcoming election campaign, some candidates are likely to seek a mandate for abolishing domestic water charges and Irish Water. This would be a mistake and set back the prospects of having water services fit for a modern economy.

Our water industry is a mess . Years of under-investment, poor operations and maintenance and old infrastructure has led to a situation1 at the start of 2015 where

Clearly the old system for delivering water and sewage services by 31 local authorities had failed.

The Government’s solution was to establish a national water utility “Irish Water”. However a large number of Group Schemes (around 1000) in addition to privately owned wells still remain. These  are mainly in rural areas and hold a significant market share of about 1/5 for water supply and 1/3 for waste water.

Since its establishment, Irish Water has made significant progress though much remains to be done.

It is clear that certain aspects of the establishment of Irish Water could and should have been handled better. However, to conclude from this that the way forward should be to return the provision of water services  to 31 local authorities who have a number of other priorities would seem to qualify for Einstein’s definition of insanity “doing the same thing over and over again and expecting different results”..

The introduction of water charges has proven to be controversial.   In an attempt to achieve greater public acceptability of the charges, the total charge was capped at €160 for single person households and €260 for others. At present about 70 % of Irish Water customers whose consumption is metered will meet or exceed the level of water use at which the fee is capped. As a result the charging regime scores badly in encouraging water conservation.

A well designed scheme should provide an incentive to conserve while protecting the poor. In these circumstances, the cap should be increased once the First Fix programme is completed.

Abolition of water charges would be a retrograde step. First, it would be very unfair to those in Group Schemes who already pay for their water. They would then have to pay twice for water; once for their own in charges and twice for others in taxes.  Secondly, an increase in taxes would be required. Depending on the taxes which were increased; they could either be more regressive than water charges or inhibit job creation.

The PwC report found that the dependence on the Exchequer for capital funding has constrained investment in water infrastructure in the past. In 2013, approximately €300 million was invested in infrastructure and this needs to be increased substantially. The Irish Water Business Plan envisages this increasing to €800 million by 2021.

Given the other demands for public investment in the areas of education, health and housing, investment in water is likely to be crowded out as happened in the past.  If we are to achieve a water system fit for purpose in a modern economy, this issue will have to be revisted in the future.