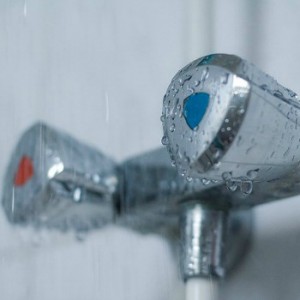 The Government announced revisions to the structure of water charges on 19 November, 2014. The new structure should be assessed by the following criteria

The total cost of the water system is €1.2 billion which is already paid for through the tax system. Introducing charges allows taxation to be reduced below or services improved over what otherwise would be. Under the proposals the maximum cost of charges will be €60 for a single person household and €160 for other households. The reductions in universal social charge in 2015 are greater than these amounts other than in a very small minority of cases where the excess is less than €1 per week. The maximum water charge amounts to 2.6 % of the income of the lowest decile. In assessing equity, the focus should be on the redistributive effect of the total tax and transfer system. Ireland already has the most redistributive tax and transfer system in the OECD (34 countries). On this basis the new structure scores well on the affordability/equity criterion.

Conservation of water is a key objective to meet the growing needs of the country. Currently Irish Water produces approximately 1,700 million litres of water every day, but up to 800 million litres are lost in leakage. Irish Water estimates that between 45% and 49% of water produced is lost in leakage, of which 5-6% is lost on the customer side. The situation varies across local authorities, with 30-35% in the Greater Dublin Area and over 50% generally in rural schemes. Supply and demand in the Dublin area is finely balanced. It is not clear how many people will be able to reduce their water consumption so that their charges are below the cap. The Minister for the Environment stated that “if metered households can reduce their water consumption by between ten and fifteen per cent, then approximately half of Irish households will be able to ‘beat the cap’”. A study by Morgenroth1 shows that a relatively small number of households account for disproportionate consumption of water. (Average per capita water consumption is estimated to be 122 litres. Removing households with unusually large and small water consumption reduces the estimate to just over 112 litres per capita.). The implication of this is that a very small proportion of households have very high consumption. Dealing with leakage as indicated by unusually high consumption could reduce total consumption by 10% although leakage only affects a very small percentage of households. Under the new charging regime the cost per 1,000 litres is set at € 3.70, but the total charge is capped at either €160 or €260. Therefore there is no incentive for households to deal with leakage. As a result the new charging regime scores badly in encouraging water conservation. There is one exception to this. Metering may allow Irish Water identify the sources of leaks and enable them to deal with them more efficiently.

The PwC report found that the dependence on the Exchequer for capital funding has constrained investment in water infrastructure in the past. In 2013, approximately €300 million was invested in infrastructure and this needs to be increased substantially. An important benefit of the establishment of Irish Water as a commercial publicly-owned utility is its capacity to borrow “off the Government balance sheet”. This is required in order to fund an accelerated programme of investment in upgrading our deficient water infrastructure. Ireland faces demanding targets to reduce Government borrowing to zero (in structural terms) by 2018. The addition of the substantial costs of Irish Water to Government spending would make that challenge much more difficult. For Irish Water to be classified as a market corporation (therefore “off the Government balance sheet”) over 50% of its income must come from customer revenue. The classification of Irish Water will be decided by Eurostat which is an independent body. If Irish Water failed the Market Corporation Test (MCT), the funds it gets from the Government instead of being regarded as an investment would enter into the calculation of the General Government Deficit and will reduce the amounts available for increases in public services or tax reductions. This would add up to 0.3 percent to the General Government deficit. Should Eurostat decide that Irish Water fails the MCT, it will be necessary to amend the charging regime to allow it to do so, if we are to bring water services in Ireland up to the required standard.

The new charging structure scores well on the affordability/equity criterion. It remains to be seen how well it encourages conservation. However, no incentive is given to large users to cut their consumption so the reduction in consumption is likely to be limited. Provided Irish Water passes the Market Corporation Test, the accelerated investment programme to remedy infrastructural deficits can proceed. While the new regime is not ideal, it probably represents the best that could be achieved in current circumstances. Note:  1 Final Report on Household Water Consumption Estimates, Edgar Morgenroth, Economic and Social Research Institute, July 2014