Home / News and Archive / Water Policy / How Can We Charge For Excessive Use Of Water? 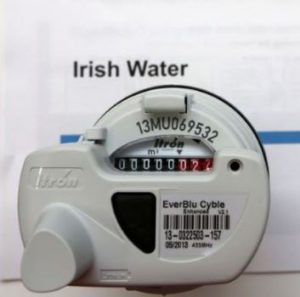 The proposal to charge for excessive use of water under the Water Services Act, 2007 is not credible.

The Report of the Expert Commission on the Funding of Domestic Public Water Services in Ireland recommended that
“Excessive or wasteful use of water should be paid for directly by the user at tariffs determined by the Commission for Energy Regulation (CER)” and noted that this would be consistent with the ‘polluter pays principle’.

It noted that many of the submissions it received expressed support for a system based on “paying for what you use” or “paying for excessive use” so long as appropriate social protection and affordability measures were introduced and public ownership of Irish Water is guaranteed. Concerns were also expressed that excessive water leaks are a waste of energy and public money and an environmental concern.

It has been suggested that existing legislation is sufficient to deal with the issue of excessive use.

The Water Services Act, 2007 (Section 53(1)(c) provides that “ A person who wilfully wastes or permits wastage of any water supplied by a water services authority to a material extent, commits an offence“

The prescribed penalty on summary conviction for an offence under section 53 (1) is a fine not exceeding €5,000, or imprisonment for a term not exceeding 3 months, or both. (Section 8)

It is debateable whether or not the Courts would hold that filling a swimming pool or watering one’s garden amounts to “wilful waste”.

There are 1.4 million users of domestic water services. The Expert Commission noted that the metered data indicates that

“ 7% of households are using six times more water than the average household, although Irish Water indicated this level of consumption is likely to decline as customer-side leaks are fixed.”.

It is simply not credible to hold that perhaps up to 50,000 cases for excessive uses of water could be taken in the District Court (23 districts).

We believe that a metered charge for excessive use of water is reasonable and justified once the existing programme to deal with leaks has advanced further. It is the only way to reflect in any way the “polluter pays principle”