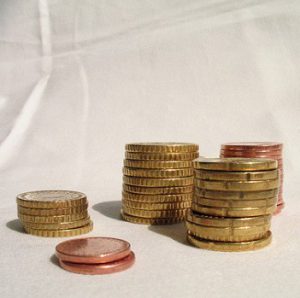 Approximately one-in-three individuals (748,300) are exempt from both income tax and universal social charge (USC) in 2017. Further narrowing of the tax base will increase risks.

The European Commission has highlighted the risks of eroding the tax base.

“Relying on a broader tax base would support revenue stability in the face of economic volatility. Ireland has done very little to broaden the bases of its tax heads. Budget 2017 has introduced a range of tax expenditure measures which are likely to narrow the income tax base thereby increasing public finances’ exposure to shocks”.

The Commission goes on to state that Ireland has done very little to broaden the bases of its tax heads and that, “the phasing out of the Universal Social Charge will undermine the commitment to maintain a broad tax base”.

What is the Position ?

Income tax (including USC) accounts for 40 per cent of Exchequer tax revenue, slightly more than that obtained from VAT and excises combined (38.2%)

Since the low point in 2010, income tax receipts (including USC) have increased by almost 70 per cent through a combination of higher tax rates and increased employment.

As a result, 30 percent of income earners are exempt from both income tax and USC.

How Is Income Distributed ?

Table 1 shows the dependence on a minority of individuals for the vast bulk of income tax receipts.

While choices regarding the distribution of taxes are matters for political decision, further erosion of the tax base such as through abolition of the Universal Social Charge will further increase the concentration of tax revenue and our vulnerability to economic shocks.

1 Married persons or civil partners who have elected/ determined for joint assessments are counted as one tax unit.