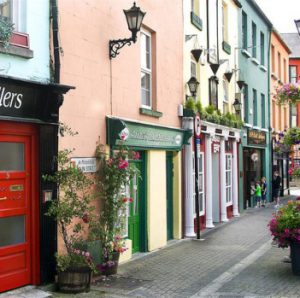 A national revaluation programme of commercial and industrial property rates is underway. This note examines the process.

What is Rates Revaluation?

Commercial rates are an annual charge on commercial properties which is used to fund the services of local government. Revaluation is a process whereby all rateable properties in a local authority area are valued periodically by reference to a single valuation date.

Following revaluation there will be a much closer relationship between the rental value or valuation of a property and its commercial rates liability. After the first revaluation of a local authority area is completed, the next revaluation should take place every five to ten years to reflect economic developments.

Role of the Valuation Office

The Valuation Office, which is the state property valuation agency, is carrying out a National Revaluation Programme. It is the first national revaluation of commercial and industrial property in Ireland since the introduction of the rating system in the mid-1800s.

Prior to the current revaluation, there were significant anomalies in the relative valuations of commercial properties. Given the lapse of time since the original valuations were set, the new values will show a considerable increase on the original values. To prevent large rises in rates bills, commercial rates are capped in the year following the revaluation; income from rates can only increase in line with inflation. The revaluation aims to redistribute rates liability more equitably between ratepayers.

Revaluations have already been carried out in the four Dublin Councils, Waterford and Limerick City & County Councils. The valuation of a property is based on its annual rental value at the date of valuation. The date of valuation for local authorities under revaluation in 2017 is 30th October 2015.

Revaluations of Carlow, Kildare, Kilkenny, Leitrim, Longford, Offaly, Roscommon, Sligo, South Dublin (2nd revaluation) and Westmeath will be finalised in September 2017. The new valuations in these ten local authorities will take effect from 2018. In January 2017, 7,517 ratepayers in Leitrim (1,070), Longford (1,404), Roscommon (2,074) and Westmeath (2,969) received their Proposed Valuation Certificates. Ratepayers in the other six local authorities referred to above will receive Proposed Valuation Certificates in March 2017 (South Dublin – April 2017).

Role of the Local Authority

The elected members of the Council set the Annual Rate on Valuation (ARV, formerly rates in the pound) at the statutory Budget meeting each year. As the new valuations will be published in September 2017, the Councils affected will have an opportunity to consider the amount of rates needed to fund services and thus set an ARV. Leitrim, Longford, Roscommon and Westmeath ratepayers have received their proposed valuation certificates and their respective councils have also provided the indicative multiplier, the ARV, for 2018. The proposed valuation is multiplied by the ARV to calculate the amount of commercial rates payable per annum from 2018 onwards.

Table 1 – Impact of Revaluations on Ratepayers

2 It should be noted that the ARV is indicative only. It is based on the total value of proposed valuations in a rating authority as calculated and advised by the Valuation Office and is subject to change prior to the issue of final Valuation Certificates in September 2017.

3 A consolidated Rates Bill is being drafted. One measure under consideration is a provision to allow a local authority to introduce a rates alleviation scheme to support urban regeneration and rural development.