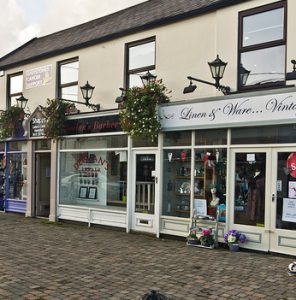 Over €1.3 billion in commercial rates was collected by Councils last year. There was over €297m in outstanding rate arrears at the end of 2016.

Specific doubtful arrears (SDA) account for pending vacancy applications or where criteria have not been met. SDA also captures accounts in examinership, receivership or liquidation, and where there has been no communication regarding the outcome of these processes. Table 1 shows specific doubtful arrears in 2015 and 2016 as a share of total rates for collection.

Over €1.6 billion in rates were due to be collected by Councils in 2016. Accounting for specific doubtful arrears the amount collected was €1.3 billion or an 84 per cent collection rate. See Table 2 for a breakdown by Local Authority.

Only four local authorities have collection rates at or above 90 per cent: Fingal (96pc), Kilkenny (94pc), Roscommon (91pc) and Dublin City (90pc). Eighteen councils collected between 80 and 89 per cent of their rates, seven collected between 70 and 79 per cent, and two collected less than 70 per cent – Donegal and Louth (both 68pc).