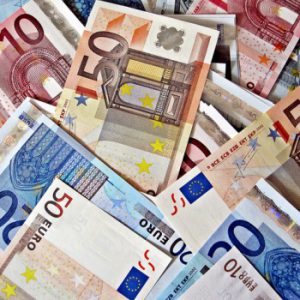 We will use Irish Modified GNI as the denominator in making international comparisons of public expenditure throughout this website.

In comparing the tax burden and the level of public spending between countries, the OECD and others usually scale individual country data by the size of that country’s economy.

The size of the economy is normally measured using GDP-or the amount produced in the economy in a given year. This has been problematic for Ireland given the scale of multinational activity in Ireland.

The Report of the Economic Statistics Review Group (ESRG) (CSO December 2016) highlighted the problems in looking at changes in GDP as an accurate indicator of the performance of the Irish economy. In particular, the report noted that “Ireland is widely referenced as a prime case study of the impact of globalisation on national economic statistics, due to its status as a small and open economy with a high concentration of MNEs”.

As the replacement measure proposed by the ESRG, the so-called Modified GNI (GNI*) has been published by the CSO.

Preliminary figures for 2016 show that Irish Modified GNI was 68.6% of GDP. The main difference between the two aggregates in Ireland’s case is due to the unbalanced nature of our profit flows; repatriated profits by foreign multinationals based here outweighs overseas profits generated by Irish companies.

If we regard tax as a burden, the tax/GDP percentage will understate the real burden of tax on the domestic economy. This is because of the relatively low rate of tax paid by foreign companies located here as a result of our low rate of corporation tax of 12.5%. A truer measure of the tax burden on the domestic economy is obtained if the amount of corporation tax paid by foreign companies located here is deducted from the tax aggregate and the resulting domestic tax aggregate expressed as a percentage of Modified GNI.

The costs of providing public services in Ireland are much more related to Modified GNI rather than GDP since one of the main costs is pay. Therefore, a better indicator of the resources devoted to public service provision in Ireland is to compare our expenditure as a percentage of Modified GNI with other countries using their GDP as the denominator.

In these circumstances, it seems appropriate to use Modified GNI as the most relevant aggregate for Ireland in judging the level of resources applied to spending programs in international comparisons.

On this basis, we will use Irish Modified GNI as the denominator in making international comparisons of public expenditure throughout this website.