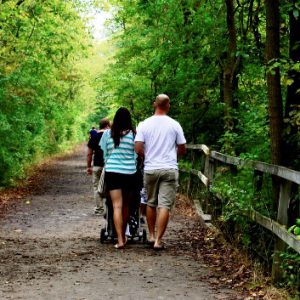 Social Protection spending will increase marginally by €52m (0.3pc) in 2017 relative to 2016. Expenditure on working age income and employment supports is expected to decrease by €325m (6.6pc) from almost €5bn to €4.6bn, as unemployment continues to fall.

The Department of Social Protection (DSP) spent €19.8bn in 2016. This was approximately 37pc of gross current Government expenditure. PRSI receipts increased by circa 9pc in 2016, which saw the Social Insurance Fund acquire a surplus (€453m) for the first time since 2007. Spending on pensions continues to increase in line with demographic growth among those of pensionable age.
The Department’s expenditure is spread across seven programme areas. Table 1 shows expenditure in 2016.

Estimates of social protection spending for 2017 are shown in table 2 below2 .

Table 2 shows that expenditure on pensions in both absolute and percentage terms continues to increase; rising by €179m or 2.5pc relative to 2016 (pension rates increased by €5 from March 2017). Illness, Disability and Carers payments will account for the second largest share of spending in 2017 at 19.3pc; replacing working age income supports (18.5pc). The share of total expenditure on children remains largely stable at 13.2pc or €2.6bn.

1 Modified GNI (GNI*) is a new indicator that is designed to exclude globalisation effects that are disproportionately impacting the measurement of the size of the Irish economy.