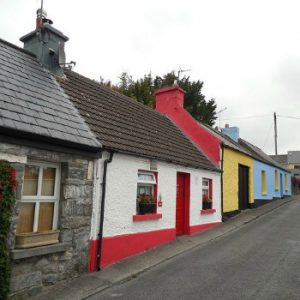 It is critical that local property tax liability be based on up to date valuations from 2020.

Under the original legislation, liability for local property tax for the years 2017, 2018 and 2019 was to be based on the value of the property on 1 November, 2016. The proposed revaluation was postponed for three years and the law as it now stands is that new valuations will take effect from 2020.

This prospect has raised concern that there will be very substantial increases in liability as a result of the general recovery in house prices. Media reports have suggested that some householders could face increases of over 100 per cent.

What Does Experience Tell Us ?

Using current valuations is important in sustaining public support for the property tax. The anomalies which arose from the failure to use up-to-date valuations for houses for purposes of rates was a significant contributory factor to the abolition of rates on houses in 1978.

Freezing the valuations could potentially expose the LPT to Constitutional challenge particularly after a period during which there were significant changes both relatively and absolutely in the prices of residential properties. In 1982 the High Court found that local authority rates on agricultural land were unconstitutional. This decision was upheld by the Supreme Court in 19841. Key factors in the Supreme Court Judgement included the failure of the State to take action in addressing anomalies arising from the use of historic values for the determination of rates which, in the opinion of the Court, constituted a failure to protect property rights.

Implementing a revaluation is politically difficult. The longer it is postponed the more difficult it becomes.

Using up to date valuations does not necessarily imply a general increase in liabilities. For example, when commercial properties were revalued in Dublin City in 2014, the rate per euro of value fell from €60.88 to €0.257 – a 236 fold decrease. Income from commercial rates in Dublin City only rose 4.7 per cent to €320 million in 2014.

Public investment can increase the relative value of some houses and it is only fair that this is reflected in LPT liability.

The general revaluation should be carried out as planned in 2019.

The anomalous exemption of second-hand properties purchased between 1 January 2013 and 31 December 2013 from local property tax until 2020 provided they are used as a person’s sole or main residence should be removed.

The national rate of local property tax should be reduced and varied in each local authority if necessary if it is desired to avoid a substantial increase in liabilities.