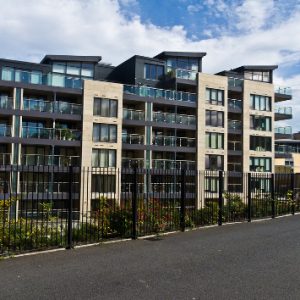 Liability to local property tax (LPT) for all years up to 2019 is based on self-assessed market value of residential properties at 1 November, 2013. Under existing law, a revaluation is due for 2020 when the liability will be based on the market value on 1 November, 2019. The average price of residential properties in Ireland has increased by 56.1% from 2013 to November, 20171. If prices increase at the same rate, the increase between 2013 and 2019 will be just over 84%.  Clearly if nothing is done average liability to LPT will rise significantly. The yield could rise by about €400 million from the 2017 level of €477 million.

On 16 January 2018, the Minister for Finance and Public Expenditure & Reform, Paschal Donohoe TD announced a review of the Local Property Tax (LPT).

“The purpose of the review will be to inform the Minister in relation to any actions he may recommend to Government concerning the overall yield from LPT and its contribution to total tax revenue. The review will be informed by the desirability of achieving relative stability, both over the short and longer terms, in LPT payments of liable persons.”.

A number of steps could be taken to achieving relative stability in LPT payments.

LPT could continue to be based on 2013 values. This was the course chosen in 2016. This would be a very bad idea.

If this were done owners of new and improved properties would be required to estimate the value of their property in 2013 terms which would become increasingly difficult as time passed.

Experience in other countries shows that the longer a revaluation is deferred the more difficult it becomes.

Our experience with the rating system counsels against such an approach.

Using current valuations is important in sustaining public support for the property tax. The anomalies which arose from the failure to use up-to-date valuations for houses for purposes of rates was a significant contributory factor to the abolition of rates on houses in 1978.

Freezing the valuations could potentially expose the LPT to Constitutional challenge particularly after a period during which there were significant changes both relatively and absolutely in the prices of residential properties. In 1982 the High Court found that local authority rates on agricultural land were unconstitutional. This decision was upheld by the Supreme Court in 19842. Key factors in the Supreme Court Judgement included the failure of the State to take action in addressing anomalies arising from the use of historic values for the determination of rates which, in the opinion of the Court, constituted a failure to protect property rights.

Implementing a revaluation is politically difficult. The longer it is postponed the more difficult it becomes.

Linking property tax valuations to the Consumer Price Index would go some way to solve a short-term political problem in that the increase in property tax liability would be relatively low3. However, it would lead to problems in the long-term.

A difficulty under this proposal is that relative improvements in the value of houses arising from the provision of new public amenities and house improvements would be ignored, as would regional changes in relative house values.

In addition, the valuation of new houses would need special arrangements.
This was the problem noted earlier with the old rating system where houses had to be valued by reference to what their rateable valuation would have been at some arbitrary date in the past. As a result the rating system became increasingly discredited leading to the abolition of rates on houses in 1978.

If it is desired to avoid substantial increases in property tax bills, this can be done easily by reducing the tax rate rather than deferring a revaluation. If valuations increase more rapidly in some areas rather than others, individual local authorities could be given greater discretion to reduce the rate by different amounts to take account of the rate of price increase in their area.

Using up to date valuations does not necessarily imply a general increase in liabilities. For example, when commercial properties were revalued in Dublin City in 2014, the rate per euro of value fell from €60.88 to €0.257 – a 236 fold decrease. Income from commercial rates in Dublin City only rose 4.7 per cent to €320 million in 2014.

A reduction in the rate of tax is by far the most appropriate way of preventing substantial across the board increases in liabilities.

Allow Mortgage Debt as a Deduction

In our submission to the Expert Group on Property Tax March 20124, we argued that the correct treatment in principle, if there is no allowance for mortgage interest in the income tax code, is to allow relief for mortgage debt against the value of the property.

In addition to being correct in principle, this would provide some relief to those who are in negative equity or whose mortgages are in distress.

Total mortgage debt on principal dwellings was €98.6 billion at the end of September, 2017. Based on total property tax declarations for 2017, the value of houses for property tax was €260 billion which if updated to 2017 values would be about €400 billion. It is clear from these figures that the option of providing at least some measure of relief for outstanding mortgages is feasible.

LPT is Unfair to Dublin

It is argued that LPT is unfair to those living in cities because property values are higher.

Houses in Dublin are worth more, because there are many benefits to living and working in the Dublin region; these advantages get capitalised into property values. Key Dublin advantages relate to transport, education, health, access to places of worship, religion and lifestyle, culture and sports, enterprise and jobs. Many of these benefits can be characterised as what economists call ‘option value’, i.e. the value that most of us attribute to the choice of being able to avail of a good or service, even if we never take up the opportunity; there is real benefit in having the choice available5.

LPT for the 4 Dublin local authorities in 2017 amounted to €167.6 million or 37.4 per cent of the total. This was a lower percentage than other taxes. For example, in 2016 46.7 per cent of self-employed income tax was collected in Dublin. This is not surprising as incomes in Dublin are higher than the rest of the country. Indeed the data suggests that the LPT is less progressive than income taxes.

There are a number of conditions that must be met to qualify for a deferral. In the main the income of the individual must be below €15,000 for a full deferral and below €25,000 for a partial deferral. (€25,000 and €35,000 thresholds apply for couples). These thresholds can be increased by 80% of gross mortgage interest payments.

There were about 62,000 claims for deferral in 2017 accounting for 2.2 per cent of declared LPT liabilities..

The principle of deferral is a good one. If in the light of experience the provisions are thought to be drawn too tightly, they could be relaxed.

Exemption of Properties Bought in 2013

Properties purchased in 2013 are exempt from LPT until the end of 2019 if used as an individual’s sole or main residence. If the property is subsequently sold or ceases to be a main residence between 2013 and 2019, the exemption no longer applies.

New and previously unused properties purchased from a builder or developer between 1 January 2013 and 31 October 2019 are exempt until the end of 2019 (even if sold again in that period).

17,000 properties qualified for this exemption in 2017. Of these 11,800 related to properties purchased as a home in 2013 while the balance of 5,200 were purchased from a builder or developer.It is very difficult to justify this exemption and it should be removed.

While the principle of Equalisation is well established as a necessary means to take account of differences in the needs and resources of different areas, the mechanism has damaged the link between the tax and the provision of local services which may be an important factor in gaining public support for the tax. In our view, local authorities should retain all the tax raised in their arears. The Central Exchequer is a more appropriate source of support for local authorities with greater needs and fewer resources.