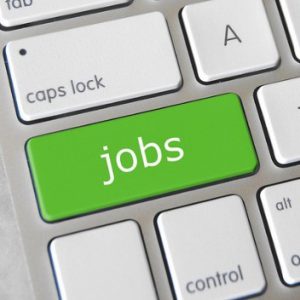 The number of people on labour activation programmes has fallen by over 25 per cent or 24,000 in the last three years.

Labour market activation policies are designed to give jobseekers a better chance of finding employment. The Department of Employment Affairs and Social Protection describes activation as its engagement with jobseekers to support them back into employment. Jobseekers are expected to fully engage with this process and use the supports offered during the activation process which might include education or training schemes, employment support schemes to help them back into the workplace, internships and other supports.

In November 2017, there were 244,200 persons on the seasonally adjusted Live Register. The Live Register is not a measure of unemployment1 ; however, it does contain information on the number of people participating in labour market activation programmes, such as the Back to Work Enterprise Allowance, Gateway and SOLAS schemes. These programmes are targeted mostly at persons who are long-term unemployed (more than 1 year). Persons on activation programmes are not counted as part of the monthly Live Register.

Table 1 examines the change from peak activation programme participants in 2014 to 2017.

Table 1 shows that the number of participants on the four schemes – the Part-time Job Incentive, Tús, JobBridge and Gateway – which account for ‘other activation programmes’ has decreased the most in both absolute (-9,448) and percentage (-57%) terms. The JobBridge internship scheme is now closed. A new Youth Employment Support Scheme (YESS) is to be established in 2018.

The number of people on SOLAS training courses has decreased by a third since 2014 from 8,910 to just over 6,000. The same percentage reduction is observed among Back to Education courses which fell from 27,714 to 18,501. Decreases in the number of people on Community Employment (CE) and Back to Work schemes have been more modest, with reductions of six per cent (-1,313) and eleven per cent (-1,267) respectively.

Employment growth of 2.3 per cent (48,000 jobs) is projected for 20184 . The stability of the labour market will continue to influence future supply and demand for activation programmes. Evidence suggests that the cohorts requiring the most assistance, in terms of numbers and distance from the labour market, are people on the Live Register for more than 3 years and people with disabilities5 .

1 The Labour Force Survey has replaced the QNHS as the official source of data for employment and unemployment. As of Q3 2017, the seasonally adjusted number of persons unemployed was 156,400.
2 TÚS (2011) – On the Live Register for more than one year.
3 Gateway (2013) – On the Live Register for more than two years.
4 Department of Finance, Budget 2018 – Economic and Fiscal Outlook
5 Callaghan, N. (2017), ‘Spending Review 2017 – Review of Social Protection Employment Supports Expenditure’