Home / News and Archive / Action On Pensions Is Now Urgent 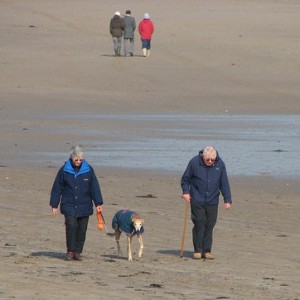 A report by Milliman, an actuarial consulting firm, on the Sustainability of the State Pension in Ireland  concludes that “The State pension system is unsustainable in its current form but there is no easy solution to improve its sustainability”. Given the importance of the State pension in protecting people against poverty in old age, this is an issue that requires urgent action.

Due to welcome increases in life expectancy, we are going to have more older people who will also be living longer. The ratio of working age people to those over 65 is expected to steadily fall, from over 5 to 1 today, to just over 2 to 1 in 2060. By 2021, the number of people over the age of 65 will have increased by close to 40 per cent from a decade earlier. This represents an extra 200,000 people. Over 400,000 people now receive a state pension. The cost of this will increase by €200 million per year out to 2026.

The choices we face in relation to pensions are stark. Pensions can either be lower, they can be paid later or we will have to save more. Increases in retirement ages are already planned in that the age to qualify for the State Pension will rise to 68 by 2028 but further increases may be necessary.

Savings need to be increased. One option is to raise PRSI contribution rates. While this may be necessary in the future, because of the pay as you go nature of the Social Insurance Fund, this would not deal with the problem unless the increased contributions were diverted into a reconstituted National Pensions Reserve Fund and accumulated until required to fund an increased pensions bill.

The introduction of measures to ensure people will have adequate income in their old age will be an important priority for the next Government. An important criterion in assessing the Election Manifestos of the various political parties for the 2016 General Election will be their proposals to deal with the pensions problem.