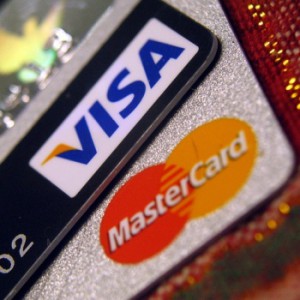 Holders of credit cards are spending less and have cut their debt since the crash.

An analysis1 of personal credit card spending from January 2007 (pre-recession) to October 2015 (most recent data) shows the following:

Table 2 shows the decline in monthly spending per credit card holder since 2007.

New monthly spend per card has decreased by 21 percent between 2007 and 2015. A decline of €103 per month on average is noted, or a 3 percent per annum decline over the period as shown in table 2. Monthly spend has been increasing marginally since 2014. However, this is within an environment where the number of cards in issue has been declining.

Figure 1 illustrates the decline in monthly spend per card and the growth seen in 2014 and 2015.

The debt outstanding on credit cards in Ireland has declined from its peak in December 2008 of €3 billion to an October 2015 figure of €1.7 billion; a drop of circa 43 percent.

The outstanding debt per card is shown in figure 2.

1 Based on Central Bank Monthly Money and  Banking Statistics Reports