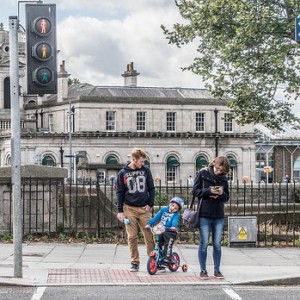 Social Protection payments were the largest component of Government spending in 2014, totalling €19.8 billion. The ‘Survey of the Benefit System in Ireland’ provides key information on social payments, such as recipient numbers and expenditure on different programmes. You can read the full Survey here. Over 50 different schemes are outlined, and comparisons in spending between 2014 (the latest year available) and 2013 are detailed.

Total expenditure on social protection is estimated to reach €19.4 billion in 2015.

The total number of recipients of weekly social welfare payments in 2014 was 1.44 million. This is a reduction of 1.8 percent over 2013. When qualified adults and children are included, there were 2.22 million beneficiaries in 2014 (a decrease of 2.3%); 48.2 percent of the population were beneficiaries of social payments in 2014.

The payments of the DSP go to three main groups of people (or programmes); children, people of working age, and retired and older people. Full details on all schemes may be accessed here. Figure 2 below shows the percentage of DSP spending that goes to each of these three cohorts.

Figure 2 – Expenditure by recipient type as % of DSP total expenditure

The largest proportion of expenditure (51.4%) goes towards people of working age, followed by retired and older people (36.1%), and children (12.5%). Table 2 shows the expenditure amounts in 2014 on these three cohorts.