Home / Fiscal Policy / News and Archive / Are We Paying Enough Tax To Have Good Public Services ? 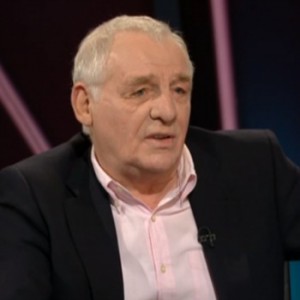 In a recent RTE television programme1, Eamon Dunphy, who is a broadcaster, author, sports pundit and former professional footballer, argued that Ireland’s public services were inferior to those in France because our tax burden was significantly lower than in France. What does the evidence tell us about his contention?

Table 1 shows the amount of income tax and PRSI paid by workers in Ireland and France in 2013.

PRSI entitles one to certain benefits. For example, in France one gets a pay related pension for one’s contribution2 whereas in Ireland one has to pay privately3 for this as the State pension is not earnings related.  If we look at the burden of income tax excluding PRSI the position is as shown in Table 2.

Table 3: Tax Burden (Excluding PRSI) on a One Earner Couple with Two Children

Perhaps the most significant difference between Ireland and France is the age structure of the population. In Ireland 12.4 per cent of the population are over 65 compared with 18 per cent in France4. Mainly because of this, the proportion of Irish people reporting good or very good health at 83 per cent is much higher than in France (68 per cent)5.  The proportion of Irish people reporting bad or very bad health is 3 per cent compared to 9 per cent in France.

Our research shows expenditure on health in Ireland if we adjust for demographic structure is significantly higher than in France.

Our social spending on pensions  is also much lower. France pays 13.8 per cent on pensions compared to 5.3 per cent in Ireland – a difference of 8.6 per cent

Taxes and public expenditure in France are higher than in Ireland. Leaving aside the question of pensions, and taking account of the current age structure of the population, the current tax payable in Ireland should be sufficient to provide public services of a standard at least equal to France (assuming equal efficiency of delivery).