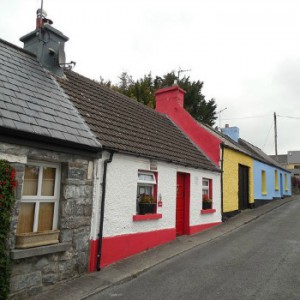 Postponing the scheduled revaluation of residential property for property tax purposes and linking valuations to increases in the CPI would be a bad policy. If the objective is to avoid steep increases in property taxes in 2017, there are much better options to do this while maintaining the integrity of the system.

Media reports suggest that Government is considering freezing the local property tax until 2018, and also proposing to “decouple” future increases from rising house prices by linking the tax to the consumer price index (CPI). This would be a very bad idea and there are much better ways of dealing with the issue.

The purpose of a valuation of a property is to allocate each property to its appropriate valuation band, which in turn determines the tax payable.

Experience in other countries suggests that postponing revaluations makes an already difficult political task even more difficult in the future until it becomes impossible to carry out a revaluation.

“there is a widespread lack of relativity among valuation in particular areas and as between one area and another. The arrangements for annual revisions of buildings valuations have failed to operate effectively…..The defects in the system have given rise to inequities which have become more pronounced with the passage of time2”

a. Link property tax valuations to the consumer price index.
b. Reduce the rate of tax to maintain the yield from property tax at some desired level
c. Use the proceeds from increased property tax to cut other taxes such as income tax or universal social charge
d. Use the proceeds to allow the deduction of outstanding mortgage debt from the value of the property

The proposal to link property tax valuations to the Consumer Price Index would go some way to solve a short-term political problem in that the increase in property tax liability would be relatively low3 . However, it would lead to problems in the long-term.

A difficulty under this proposal is that relative improvements in the value of houses arising from the provision of new public amenities and house improvements would be ignored, as would regional changes in relative house values.

In addition, the valuation of new houses would need special arrangements.
This was a problem with the old rating system where houses had to be valued by reference to what their rateable valuation would have been at some arbitrary date in the past. As a result the rating system became increasing discredited leading to the abolition of rates on houses in 1978.

Reduce the Rate of Property Tax

If it is desired to avoid substantial increases in property tax bills, this can be done easily by reducing the tax rate rather than deferring a revaluation. If valuations increase more rapidly in some areas rather than others, individual local authorities could be given greater discretion to reduce the rate by different amounts to take account of the rate of price increase in their area.

For example, for 2015 fourteen Local Authorities availed of the opportunity to vary the rate of LPT, covering 1.1m properties. The impact of these variations on LPT yield is a reduction of €45m approximately.

We already have the most progressive direct tax and transfer system in the OECD and the higher rates of tax apply at relatively low levels of income by international standards particularly for single and self-employed people.

OECD Research4 shows that property and consumption taxes are less harmful to growth and employment than income tax. It would be possible and economically desirable to shift some of the burden away from taxes on labour to taxes on property. While income distribution considerations need to be taken into account, this option should not be dismissed without careful evaluation.

Allow Mortgage Debt as a Deduction

In our submission to the Expert Group on Property Tax March 2012, we argued that the correct treatment in principle, if there is no allowance for mortgage interest in the income tax code5 is to allow relief for mortgage debt against the value of the property.

In addition to being correct in principle, this would provide some relief to those who are in negative equity or whose mortgages are in distress.

Total mortgage debt on principal dwellings was €106 billion at the end of September, 2014. Based on total property tax declarations for 2014, the value of houses for property tax was €266 billion. Outstanding mortgages were 40 per cent of this amount. It is clear from these figures that providing at least some measure of relief for outstanding mortgages is feasible.

Property taxes are the least distorting taxes. It is very important to ensure that the valuation system on which they are based is seen to be fair and has a rational basis in order to maintain public confidence and acceptance of the system. If the objective is to avoid steep increases in property taxes in 2017, there are a number of options to do this while maintaining the integrity of the system. Linking property tax valuations to the CPI is not one.

Notes:
1 Section 13 of Finance(Local Property Tax) Act, 2012
2 Local Finance and Taxation, December 1972 paragraph 5.1.2
3 For example, the CPI declined by 0.3 per cent in the period May 2013 to November 2014
4 Preparing Fiscal Consolidation – OECD
5 Mortgage interest relief for income tax purposes is not allowed for new mortgages and is being phased out for pre 2013 mortgages