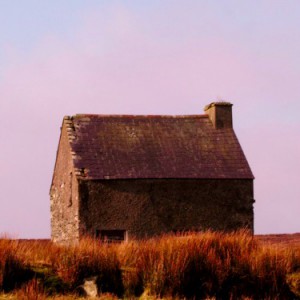 This note sets out the structure of the Local Property Tax, the details of which were finalized on September 4th 2014. The tax came into effect on July 1st 2013 and in that year only a half charge was applied. 2014 was the first full year of the tax, for which the yield was €491m. From 2015, Local Authorities will be empowered to increase or decrease the rate of LPT in their jurisdictions by up to 15%. It was also announced that no Local Authority would receive less than their 2014 level of funding through an Equalisation Fund. Two case studies are provided detailing the implementation of the Local Property Tax in Dublin City and in Donegal.

The Local Property Tax yield will go into the Central Fund initially and, as stated under the Finance Act 2012, the Minister for Finance will then pay into the Local Government Fund an amount equal to this yield. 80% of the total yield taken by each individual council will be retained locally. This will fund the provision of public services in the respective councils for 2015.

The remaining 20% of the tax take will go into what is being called the Equalisation Fund. This fund will amount to 20% of the total expected yield for 2015 in each council and will not be adjusted if the rate of tax is varied. The figure is forecasted to be €100m.

Government has acknowledged that the costs and income bases of local authorities vary significantly and not all areas throughout the country can raise adequate amounts of revenue locally via the Local Property Tax. This fund acts as a financial support to such councils whose receipts for this tax in 2015 would be less than their General Purpose Grant allocation from 2014. The aim of this mechanism is to ensure no council is worse off in 2015 in terms of satisfying their budgetary requirements. Nineteen local authorities are set to benefit from the equalisation fund. Donegal is set to receive the most from the fund at just under €14m followed by Tipperary at around €13m.

Local Authorities with a Surplus

The income received from the Local Property Tax in 2015 for some local authorities will be greater than the funding they received from the Local Government Fund in 2014. The relevant local authorities are Clare, Cork County and City, Dun Laoghaire-Rathdown, Dublin City, Fingal, Galway City, Kerry, Kildare, Meath, South Dublin and Wicklow. These twelve authorities will be allowed to use a certain portion of the surplus income for discretionary purposes, including for the purpose of reducing the tax rate by up to 15%. This portion will be an amount equal to 20% of the total expected tax yield for the respective council (prior to any change in the tax rate). If the surplus is less than the value of 20% of receipts then the full amount will be available for use.

The final details of the tax in relation to structure and implementation were released at the beginning of September. Information coinciding with this was released concerning the scope which local authorities had to cut their rate of tax and still breakeven in 2015. The table below provides an insight into which authorities were in this position. A comparison is provided between what rate a local authority could have reduced their LPT by and still break even, versus the reduction which was actually implemented. Six councils stuck to their corresponding breakeven figure of 15%. Five councils did not avail of the full reduction in their rate which would have allowed them to break even for 2015. Most notable in this regard were Galway City and Meath who did not vary their rate despite it being estimated that a 15% reduction would have still allowed them to break even. Cork City will see a rate reduced by 10% for 2015 despite a 5.4% reduction being advised in terms of meeting the council’s budgetary requirements.

The remaining nineteen local authorities were not judged to be in the same favourable position as those outlined in the table below. However Limerick (Unified), Longford, Louth, Mayo and Westmeath all reduced their rates by 3%, 3% 1.5%, 3% and 3% respectively.

An Insight into LPT Implementation: The Case of Dublin City and Donegal

Dublin City council stands to take in €82.6m for 2015 in local property tax receipts. The figure below reveals the allocation of this funding by Dublin City council. As outlined earlier, 20% of this is earmarked for the equalization fund. 60% of the LPT collected in Dublin will be used to replace grants from Central Government, including the General Purpose Grant, Road Block Grant and various housing grants. The 15% reduction in rates for 2015 will cost the council some €12.4m, meaning 5% of LPT funds raised in Dublin City (amounting to €4.2m) will be used to expand services.

A figure totalling €11m for Donegal provides a contrast to Dublin City’s €82.6m take from the tax and conveys just how much councils across the country differ in their ability to generate adequate revenues through this mechanism. The General Purpose Grant allocation for Donegal as outlined in their 2014 Budget was €22.7m. From the above figures we can see how the equalisation fund provides for councils in that Donegal is set to receive an equal amount from LPT as it would have done from general purpose grants.