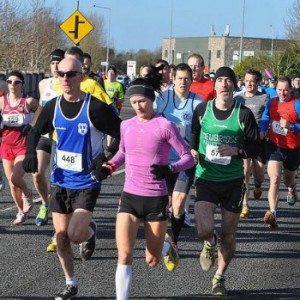 Many countries in the European Region have rapidly ageing populations. This demographic shift towards an older population, the expected increase in multi-morbidity and the associated disability burden presents a signiﬁcant challenge to health professionals and policy makers alike.

Self-Reported Health (SRH) is thought of by many as a “one-size fits all” measure of the overall health level of a population and thus has been suggested as a possible solution to measuring health outcomes and determining health needs in this rapidly ageing population group. But has it earned this title? We investigate below.

The demographics of Europe are changing

The combination of these trends means that soon we will be living longer, have fewer children and the number of middle age and elderly people will be much greater than the number of people in their 20s and 30s. For many countries around the world this demographic transition towards an older population will be a defining feature of the economic landscape over the next few decades.

The general consensus for Ireland is that, based on the experiences of similarly developed countries, there will be an expected increase in multimorbidity and this, coupled with the associated disability burden expected, will present a signiﬁcant challenge for health professionals and policy makers across the island by increasing demand pressures on public services, most importantly the provision of health care and expensive long term medical care. Therefore an accurate indicator of health outcomes in older groups would present an extremely valuable tool for any and all policy makers concerned about population health.

Is there a single, reliable measure of health outcomes?

In order to prepare policy to meet this demographic shift, policy-makers have investigated multiple possible indicators for use in analysis of population health. Of all suggested health indices a subjective reflection of actual health status known as “Self-Reported Health” remains the most popular and extensively used indicator of overall health in Europe.

Suggested as a strong international predictor of life expectancy and morbidity levels, SRH refers to an extensively used single-item health measure in which individuals rate the current status of their own overall health on a four- or five-point scale from excellent to poor. Although this indicator has experienced widespread popularity in the rest of Europe there has been little to no investigation as to its suitability as an indicator of objective health status in Ireland. This is especially puzzling given Ireland’s historically high ranking when compared with the rest of Europe (as per figure 1 below).

How does SRH rate as a measure of objective health in Ireland?

The National Survey of Lifestyle, Attitudes and Nutrition (SLÁN) in Ireland and the Northern Ireland Health and Social Wellbeing Survey (NIHSWS) datasets contain information on self-assessed and actual health levels in the population of Ireland (North and South) gathered for the same time, population and age group (50 years or older). Hence, the quality of SRH as a subjective health measure in Ireland was assessed by examining its rate of change relative to changes in objective measures of health within the comparable data as per figure 2 below.

Hence, the effect of increasing levels of multimorbidity on SRH would seem to suggest a strong positive relationship between objective and subjective measures of health in Ireland with an effect magnitude dependent on the quantity of chronic conditions experienced, thus SRH appears to be a good measure of actual health levels in Ireland.

It is imperative that the public health sector establish a trusted health indicator now that will aid in the efficient, least cost and most economical implementation of health measurement, promotion and treatment programs that can be trusted to accurately target those specific population groups in the community that are most in need of policy intervention. The results of this note suggest that SRH could provide this indicator. The consistency of SRH and objective health status found in Ireland presents evidence that suggests that self-reported health provides an accurate measure of actual health outcomes in Ireland.
This note also suggests that SRH could be used as a population-screening tool in the Irish health care system, which could help public health officials identify those who are most in need of their services. This is a key observation as currently there exist few trusted or individual indicators that can comprehensively evaluate a person’s health status. Also notable is that most of the factors influencing SRH can be changed so as to improve health, for example, by actively treating diseases, engaging in greater levels of physical activity in daily life, improving mental well-being, and promoting adoption of healthy behaviours such that by treating an individual’s subjective health one will also be treating their objective health.

Further studies to qualitatively and quantitatively explore these relationships are needed to further advance our understanding of SRH and provide insight into the influencing factors of SRH. However, if, as suggested by this report, SRH can definitively be proven to provide an accurate indicator of health outcomes in older Irish population groups, it could provide the key to measuring health outcomes and determining health needs in this rapidly ageing group, providing policy makers concerned with measuring and responding to changes in population health with a simple and easily applicable indicator of health in the Irish population.