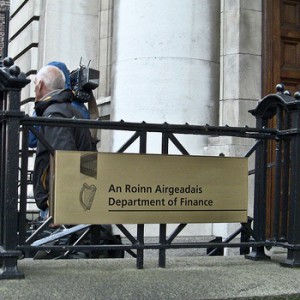 The Universal Social Charge is one of our more unpopular taxes; indeed so much so that some call for it to be abolished. Reductions in USC have been clearly signaled for the next Budget.

The USC was introduced in 2011 when it replaced the Income Levy and the Health Levy. Prior to that the income tax system had become unbalanced. As the Minister for Finance said in his 2010 Budget speech

“Next year, almost half of income earners will pay no income tax and 4 per cent will pay almost half of the total yield. If we want to sustain high levels of Government services this imbalance must change. The time has come to transform how we tax incomes, to simplify it, to make it fairer and more broadly based.”.

In Revenue terms the tax has been very successful raising over €18 billion in the first 5 years of its existence. (See Table 1)

While the USC has been seen an emergency tax to pay for the crisis, calls for its abolition are clearly unrealistic and it is set to become (in some form) a permanent feature of the tax system. In that case it is important to address some of the anomalies that are inherent in the structure of the tax.

All agree that a tax system should be fair. But what is fairness ?. One measure of fairness is that people with the same incomes should pay the same amount of income tax (assuming other things are equal). Income tax includes Universal Social Charge. However, this does not happen at present.

The reduced rate of USC of 3.5 per cent (standard rate 7 per cent) applies to

The reason for the concession is related to the favourable treatment for these categories in the old health levy which the USC replaced.

A further anomaly is that income for USC purposes does not include payments from the Department of Social Protection despite the fact that these payments are subject to income tax. For example, persons in receipt of the State Pension which is just under €12,000 per year are exempt from USC on the State Pension regardless of the amount of their other income. This concession is worth almost €70 per month for those liable to USC at 7 per cent. Given that State Contributory pensions are now costing almost €6 billion per year, this is particularly costly. The yield from removing this anomaly would be of the order of €350 million –enough to finance the abolition of the lowest rate of USC of 1.5 per cent.

Older people generally fared less badly in the recession than the rest of the population particularly children. According to the 2013 Survey on Income and Living Conditions , children were almost twice as likely to be at risk of poverty, over twice as likely to be suffering deprivation and over 6 times as likely to be in consistent poverty than persons over 65. See Table 2.

Whether or not to reduce USC is a matter for Government to decide in the light of all the other choices in relation to tax and spending. Whatever choices are made the tax should apply equally to all. Our incremental approach to tax changes which focusses attention on winners and losers by reference to the amount paid last year makes it very difficult to remove anomalies in the tax system. A much better criterion would be to ensure that people with the same incomes and in the same circumstances should pay the same tax- hardly a radical principle.