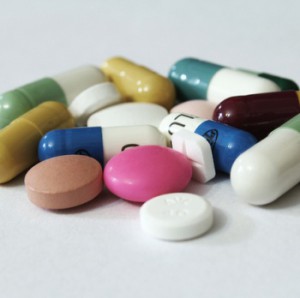 The increase in the costs of drugs in Ireland and the perception that prices are higher than in other countries has raised concerns about how these prices are set.

The State currently accounts for 85 per cent of overall pharmaceutical expenditure in Ireland Total pharmaceutical expenditure by the state is about  €2.5 billion in 2015. In 2012 Ireland had the third highest per capita expenditure on drugs of all twenty-five countries in the EU for which data was available. It was 43% above the average2. While all EU countries have seen substantial increases in drugs costs since the turn of the century, Ireland’s increases have been among the sharpest, nearly tripling from 2000 to 2008.

The price of new drugs and multiple source off-patent drug prices is primarily determined by the price of the patent holder as determined by the use of a basket of nine Member States3. The price will initially tend to be based on higher-priced countries and will fall more slowly due to the timing of the realignment of prices as the drug becomes available in more countries in the basket of nine used to set the price of new drugs in Ireland. The State has introduced a series of reforms since the mid-2000s designed to reduce drug prices and expenditure. Retail and pharmacy mark-ups were reduced while wholesale mark-ups fell by as much as 50%, ex-factory prices are being benchmarked against lower priced Member States, better information has been provided to prescribers and the price of generic drugs has fallen faster and further.

The Health (Pricing and Medical Goods) Act 2013 provides a radical structural change in the way in which drug pricing takes place in Ireland with consequent benefits for the cash-paying patient and the taxpayer. This Act contains a series of factors that give the HSE a wide price setting discretion. Central to this is that for the first time, for interchangeable pharmaceutical products, pharmacists are also be able to select a lower priced pharmaceutical product than that prescribed for the patient by a medical practitioner.

Further initiatives to reduce costs include promoting increased use of generics better prescribing patterns, strengthening price transparency at the retail level to ensure that patients are well-informed and measures taken to ensure that pharmacists have both the ability and the incentive to provide such information.

1 Further details are in the report here.