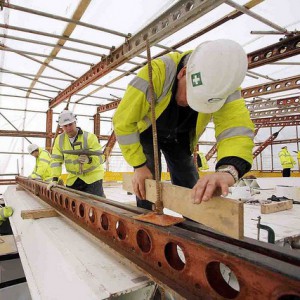 At risk of poverty rates (AROP) rise sharply the less work is available to household members. For a given level of work, at risk of poverty levels in Ireland are among the lowest in the EU. This underlines the need to prioritise job creation and the reduction in barriers to taking up employment.

What is perhaps more surprising is that the at risk of poverty rates in Ireland are much lower than those in the EU generally for households with the same level of work. The figures for Ireland are also much lower than those that occur in the Nordic countries. Indeed on this measure Ireland scores quite well in that our ranking is in top quartile (best performing) of countries on this measure.

This data supports the view that the overriding policy priority in reducing poverty is to focus on creating employment and reducing the barriers that may prevent people from taking jobs that are available.

1 I am very grateful to Seamus Coffey for drawing my attention to this data which was the subject of his presentation at the 2015 MacGill Summer School. Link here
2 The EU indicator of ‘very low work intensity’ is where less than 20 per cent of available adult (up to age 59) time is allocated to paid work. Most very low work intensity households have no working age adult in employment
3 At Risk of Poverty households are those with an income level at or below 60% median income