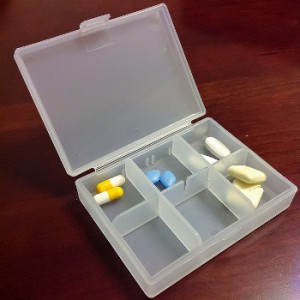 Public spending per head on medication for the oldest age group is almost 20 times that for children aged between 5 and 11.

Older people typically require a greater amount of healthcare than younger people. Therefore countries with older populations are likely to face economic and social challenges associated with maintaining an adequate health system. In this regard, Ireland currently has favourable age demographics with one of the youngest populations in the OECD. The percentage of the population aged over 65 in Ireland is 11.9 percent compared to the OECD average of 15.1 percent.

The population in Ireland is set to age significantly over the coming years and as it does so our health system is likely to face significant pressures. The CSO forecasts that the number of people aged 65 and over will increase from 532,000 in 2011 to over 1.4 million by 2046.1

We can use the data in Table 1 to gain insights into the potential implications of an ageing population for our health system. What if the number of over 65’s in Ireland was to immediately jump to the levels forecasted for 2046 (an increase of 263 percent)? Assuming the number of over 65’s in need of general medical services increased at the same rate and spending on medication in each age group remained the same, this would result in a 90 percent increase (an extra €1.2 billion) in the yearly cost of payments to pharmacies by the HSE. Note we are focusing solely on pharmacy payments which are only one component of health spending. It is likely that other areas of health spending would also increase significantly.