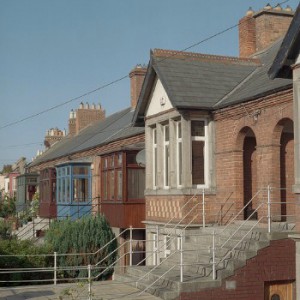 Under existing law1, liability for property tax for the years 2017, 2018 and 2019 will be based on the value of the property on 1 November, 2016. The experience in relation to the failure to use up-to-date valuations for houses for purposes of rates is instructive. This was a significant contributory factor to the abolition of rates on houses in 1978.

The basis of rateable valuations was set out in the Valuation (Ireland) Act of 1852. This set the net annual value over and above rates, cost of repairs, insurance and maintenance for each property. The valuations fixed by The Griffith Valuation, which was completed in 1865, were still in force as a basis for rates except in so far as they were subsequently revised. Any local authority could apply to have a general revaluation done every 14 years, but only two ever did. Dublin City was revalued in 1908-15 and Waterford City was revalued in 1924-26. As a result valuations in Dublin increased by 15 per cent and Waterford by 48 per cent.

New and improved properties were subject to an annual revision but the values were fixed at a lower level than could be justified to preserve some uniformity with existing valuations. From 1947, the practice was to fix the valuation

In 1951 most properties in Buncrana, Co Donegal were revalued resulting in a total increase of 58 per cent in values. However the revision exposed the lack of consistency  in the valuations of houses. Some were doubled and others were unchanged. The experience of the Valuation Office was that sharp increases in valuations were due to a number of factors including the general increase in property values, the presence of previous unrecorded improvements or the extension of amenities outside of the properties .

If there is no regular revaluation, it gets more difficult the longer it goes as the changes become more significant.

The impact of public investment in amenities which increase property values is ignored in the case of existing properties.

Public confidence in the system declines and ultimately the political and popular response is to abolish the tax as it becomes increasingly unfair.

Frequent revision of valuations is essential if the system is to operate in a fair manner. The clear inequity in relation to valuations which emerged eroded public confidence in the system and contributed to the eventual abolition of rates in 1978.