Home / Health / News and Archive / The Prevalence Of Smoking In Ireland 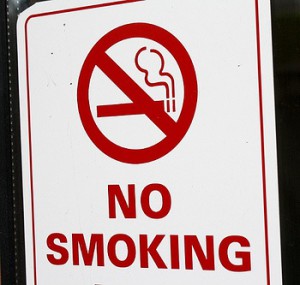 In October 2013 the Minister for Health, Dr. James Reilly launched the policy “A Tobacco Free Ireland by 2025”. The aim of the policy is to reduce the percentage of the population smoking to less than 5 per cent. This note sets out the latest position.

According to OECD health data 27 percent of the Irish population aged 15 or over were daily smokers in 2002. In 2007 this figure had increased to 29 percent despite the smoking ban being introduced in March 2004. In OECD Health at a Glance 2013 Ireland is ranked as having the third highest proportion of smokers out of 34 OECD countries with Greece ranked first and Chile in second. Furthermore, Ireland is listed as having the highest proportion of female smokers in the OECD. However a closer look at the dataset calls for caution in comparing countries. The data refers to 2011 or the nearest year. However the figure for Ireland dates back to 2007 making it one of the oldest in the time series thereby making comparisons difficult. Table 1 shows the OECD data with countries ranked from highest to lowest in terms of the total percentage of the population who are smokers.