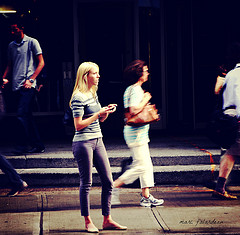 In a guest commentary, John Martin former Director for Employment, Labour and Social Affairs at OECD shows that  the skill levels among the working-age population in Ireland are relatively low. Upskilling the adult population, especially in terms of the key information-processing skills, has to be a high priority for policy makers.

Much of the discussion about the quality of Ireland’s human capital stock compared with competitor countries focuses on the performance of the schooling system, as measured by the test scores of 15-year-olds in the OECD’s PISA Programme, and enrolment rates in tertiary education. Judged in terms of these two indicators, Ireland’s human capital stock is in line with, or slightly above the EU average, but well below the leading international performers.

However, these two indicators tell us nothing about another important dimension of human capital quality, namely the levels and distribution of skills among the working-age population (i.e. the age-group 16-64) in Ireland compared with competitor countries. Here the recently-released results of the OECD Programme for the International Assessment of Adult Competencies (PIAAC) are very revealing1.

PIAAC directly measures proficiency in several information-processing skills: literacy, numeracy and problem-solving in technology-rich environments. It also assesses how these skills are linked to a wide range of economic and social outcomes and how they are used in the workplace. The recent publication presented skills data for 22 OECD countries including Ireland and two non-OECD countries, Russia and Cyprus. The PIAAC data base is extraordinarily rich: it contains data on almost 160 000 adults in the 24 countries and the data collection period ranges from late-2011 to end-2012 depending on the country2.

The PIAAC data paint a less favourable picture of the quality of human capital in Ireland than does PISA. The mean proficiency scores of the Irish working-age population in literacy and numeracy are significantly below the average of the other OECD countries in the survey3. Indeed, on most of the indicators of skills presented in OECD (2013), Ireland ranks among the bottom quintile of the countries surveyed. This relatively poor performance is not totally unexpected since the older Irish cohorts surveyed, those aged 45-54 and 55-65, do not have relatively high levels of educational attainment compared with their peers in many other OECD countries. However, it is much more of a concern that the younger cohorts in Ireland performed relatively poorly as well in terms of literacy and numeracy skills.

The ICT sector is very important to the Irish economy in terms of exports and productivity growth. Now a unique feature of PIAAC is that it tested for proficiency in problem-solving in technology-rich environments — which can be described in shorthand as “ICT skills”4. Once again, Irish adults performed poorly on these skills. More surprisingly, perhaps, so did younger Irish adults, especially at the highest proficiency level for ICT skills. It should now be a very high priority for research to determine why Irish adults performed so poorly on the PIAAC tests compared with their peers in other EU and OECD countries.

The skills measured in PIAAC do matter for labour market outcomes. Hanushek et al. (2013) show that there are significant returns in the form of large earnings premia to the skills measured in PIAAC. They also highlight substantial heterogeneity in the returns to skills across countries, with Ireland being one of the countries with the highest returns.
In sum, the PIAAC results do not show the skill levels among the working-age population in Ireland in a particularly favourable light. So upskilling the adult population, especially in terms of the key information-processing skills, has to be a high priority for policy makers. This too will be a very complex and ambitious task. Not only will it have to include designing and implementing a modern apprenticeship system to replace the failed, narrow crafts-based system of the past, but it will also have to devise incentives to encourage both employers and workers, especially those with low skills, to invest more in on-the-job training.

John P. Martin is former OECD Director for Employment, Labour and Social Affairs; Consultant to the Bertelsmann Foundation; Member of the Irish government’s Labour Market Advisory Council. This commentary is based on his remarks at the European Commission DG for Economic and Financial Affairs and Trinity College Dublin Conference on “Future Directions for the Irish Economy”, Dublin, 10 January 2014.

Notes:
1  As part of its Programme for the International Assessment of Adult Competencies (PIAAC), the OECD collects and analyses data that assist governments in assessing, monitoring and analysing the level and distribution of skills among their adult populations as well as the utilisation of skills in different contexts. For full details of the PIAAC results, see OECD (2013).

2  In addition to the 24 countries covered in the first wave of PIAAC, it is being currently implemented in nine other countries, six of whom are OECD countries.  The results for the additional countries will be released in 2016.

3 Ireland participated in the first international survey of adult skills, the International Adult Literacy Survey (IALS), which was organised and implemented by OECD and Statistics Canada between 1994 and 1998. It has proved possible to compare the Irish literacy scores from IALS with a subset of the PIAAC questions. It is extremely disappointing to note that there was no improvement in the mean literacy scores of Irish adults in PIAAC compared with the performance of their counterparts in IALS, well over a decade earlier.

4 Four countries (Cyprus, France, Italy and Spain) opted out of the assessment of ICT skills