Home / News and Archive / Health and Education : Are Our Priorities Right ? 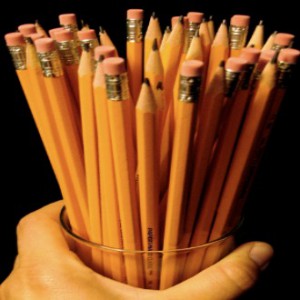 We have the highest proportion of young people in the EU and the second lowest proportion of older people. Yet we spend a relatively low amount on education compared to health. So our public expenditure favours old people (who use more health services) at the cost of expenditure on education (which predominantly benefits younger people). Improving our education outcomes (through well targeted expenditures, including on preschool education) is the key to economic growth, increased employment, higher incomes and debt reduction which will benefit us all – including older people.

In 2011 Ireland public spending on health was almost one and a half times that on education (Ratio 143). This was the 7th highest ratio in the EU 27. Only Italy, Germany, the Czech Republic, Greece, Netherlands and Austria had higher ratios in favour of health. Gross spending on health in 2014 is projected to be over €13 billion while education spending will be €8.4 billion.

It could be argued that this relative priority for health is a value choice by society favouring health spending mainly benefitting older people over education mainly though not exclusively directed at the young.

However, analysis of the age structure of our population is instructive. In 2012 our young age dependency ratio1 was 32.5 % which was the highest in the EU and our old age dependency ratio2 was the second lowest at 17.9 % (just behind Slovakia at 17.8 %). The ratio of our old to young age dependency at 55 was by far the lowest in the EU and lower by a distance than the 6 countries which spend relatively more on health than we do. (Their ratio of old to young was 150 – almost 3 times our level).

In Budget 2014, €37 million was provided to fund Free GP Care for children aged 5 and under as a first step towards providing Free GP Care for all. The benefit of this will go mainly though not exclusively to those in the top half of the income distribution as those with medical cards (about 2 million people) already have free GP Care. Much of this increased public expenditure will displace private expenditure which will now be diverted to other items. Was this the best use of scarce resources ?

The Programme for Government states that education will be a priority. It goes on to say that

“Education is at the heart of a more cohesive, more equal and more successful society, and it will be the engine of sustainable economic growth”.

The data suggests that given the age structure of our population our relative spending on education is low and our spending on health is high and that a redirection of public resources from health to education may be warranted. Increased investment in early childhood education is a particular priority and may be the most effective means of addressing disadvantage.

Notes: The source of these figures is Eurostat.

1 The young age dependency ratio is the ratio of persons aged below 15 to the working age population (15-64 years).

2 The old age dependency ratio is the ratio of persons aged 65 years or older to the working age population (15-64 years).