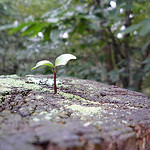 Exchequer figures are available for the first quarter of 2014. The data are significant as they provide an indication of the health of the public finances in the three months following the conclusion of the EU/IMF Fiscal Programme, which Ireland exited without the safety net of a contingent credit line. Perceptions of Ireland’s creditworthiness on international markets matter not just for our own recovery, but also for the credibility of the European approach to the financial crisis.

Since July of 2008, the government has introduced eight austerity budgets containing a combined ex ante valuation of nearly €30b in tax increases and spending cuts. The aim of these measures has been to restore fiscal sustainability by reducing the deficit toward multi-annual targets first set out in the EU/IMF Programme, and to which we are bound under EU fiscal rules. The latest Stability Programme Update shows that Ireland’s fiscal consolidation continues to outperform relative to these targets, with our 2013 General Government Deficit of 7.2% of GDP falling below the target of 7.5%. The interest rate on our national debt has also continued to fall; at the most recent bond auction, the government raised €1b at a yield of 2.9%.

The international environment has become relatively more benign over recent months with ongoing recoveries taking place in the US and the UK, two of our key trading partners. The economic outlook in Europe is not so optimistic however, as growth remains subdued generally and unevenly distributed. The ECB has maintained interest rates at an all-time low, but rates of inflation have continued to fall.

Against this backdrop, the Irish economy has begun to recover. While the activities of multinational corporations make GDP and GNP figures difficult to interpret, the clearest signal of growth has been the employment numbers. In the year to the fourth quarter of 2013, employment increased by 61,000, or 3.3%. This has two positive impacts on the public finances: increasing income tax revenues and decreasing the welfare bill.

The Exchequer Returns present the inflows and outflows from the central government’s main treasury account. While they are a useful indicator of fiscal health, they give a less extensive overview of government activities than the General Government Balance; they exclude some important factors such as extra-budgetary funds, non-commercial state bodies and local authorities. Moreover, the exchequer returns are calculated on a cash-basis, as opposed to the accruals-based General Government Balance. However, the Exchequer Returns – which are made available every month – are more timely and so provide some indication on the progress being made in reducing the deficit thus far in 2014.

However, Tax Revenue and Voted Current Expenditure only tell part of the story. Graph 3 shows the difference between two broader categories of income and expenditure – total current receipts and total current expenditure. The major differing factor between the two diagrams is the inclusion of national debt interest payments. This highlights the significant burden of debt interest payments on the public finances.

Overall tax receipts for the Q1 2104 are up €415m (4.7%) on Q1 2103 and are €257m (2.9%) ahead of the Department of Finance expectations as laid out in Tax Profiles 2014. When looking at individual tax heads, some are more relevant than others. For example, even though Corporation Tax receipts are running 17.5% ahead of profile, most Corporation Tax receipts are expected later in the year, and the amounts collected thus far are too small to extrapolate trends from. On the other hand, receipts from the Local Property Tax are expected to be concentrated in the early part of the year.

Income Taxes: Income taxes have been performing strongly, mirroring the continuing recovery in the labour market (see graph 4). Income Tax for Q1 2014 was up €230m (6.3%) on the same period last year and is €105m (2.8%) ahead of profile. From the Analytical Presentation of the Exchequer Returns we can see that receipts from PRSI and the National Training Fund (NTF) are up €218m (12.1%) year-on-year and are €136m (7.2%) ahead of target

Consumption Taxes: Increased consumer activity as measured by the Retail Sales Index, coupled with increases in activity and prices in the property market, has resulted in VAT receipts for Q1 that are €109m (3.3%) higher than the same period in 2013. Compared to profile, however, VAT is down €45m (1.3%) on profile.

Despite Budget 2014 significantly increasing the Excise Duties on beer, cider, spirits, wine and cigarettes, the Department of Finance profile for Excise Duty receipts foresees little change in the yield for the first quarter of 2014 relative to the same period last year. However, Excise Duties have performed stronger than expected, with the outturn for the first quarter running €114m (11.5%) above the same period last year and €111m (11.2%) above profile.