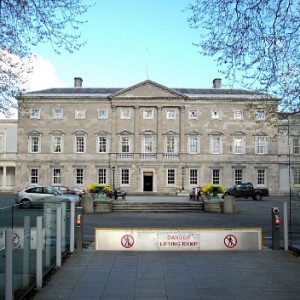 This note summarises important observations on the management of the Irish economy in the EU Commission Country Report on Ireland published in February, 2016.

Public investment declined from 5 % of GDP in 2008 to 1.8 % in 2013. Net public investment was negative or close to zero in 2012 to 2014 and is expected to recover only moderately in 2016 and 2017. Ireland is now witnessing the emergence of capacity constraints in public infrastructure.

General government spending on infrastructure averaged EUR 3.8 billion in 2013-2015. The annual depreciation of the government capital stock amounts to about EUR 3.0 billion which, at current levels of investment, leaves little room for additions or improvements to infrastructure once maintenance costs are factored in.

The structure and level of water tariffs means that Irish Water’s investments will count as government expenditure. Consequently, under EU rules water investments may end up ‘competing’ with investments in social housing, health, education and other infrastructure.

The reform of the legal profession has progressed very slowly. Some of the concessions made to the legal professions significantly reduced the initial ambition of the reform. This will affect the prospects of allowing the entry of innovative players and enhancing competition.

The cost of regulatory compliance (red tape) remains a significant cause of concern for businesses, particularly those with fewer than 100 employees.

While Ireland conducts regulatory impact assessments, the number of assessments has been low in recent years and issues remain regarding their quality and timeliness

General government expenditure on education as a share of GDP has decreased from the pre-crisis peak of 5% in 2009, and the 2013 figure of 4.1 % was one of the lowest in the EU.

The inadequate availability of public transport in Dublin and increasing congestion impedes the achievement of greenhouse gas emission (GHG) reduction targets, as well as reducing competitiveness in the economy.

Ireland is expected to miss its national emission reduction targets by 10%. This is largely attributable to an estimated 19% increase in transport emissions between 2013 and 2020, and a 2% increase in agriculture emissions over the same period. Agriculture is the largest contributor (32% of total) to GHGs in Ireland, while the EU average is 12%.

Renewable energy in transport was 5.2% in 2014 which is about half the 2020 target of 10%. This will need significant focus on measures to increase this share.

Air pollution remains a concern, with Ireland exceeding two of the four legally binding EU national emission ceilings for air pollutants. Also, there are major weaknesses in the treatment of waste water, including the discharge of untreated sewage in 45 areas.

The tax system is highly progressive overall. Indirect tax revenues as a percentage of GDP are among the lowest in the EU.

The VAT policy gap in Ireland is wide relative to other EU members. Reduced rates and exemptions from VAT not only lead to revenue losses, but are considered a poor instrument of redistribution, since they are not targeted to specific categories of recipients. Studies indicate that a tax system that draws a large proportion of its revenue from consumption taxes is more growth-friendly than one that relies more heavily on income taxes.

The decision to delay the revaluation for the Local Property Tax until November 2019 is a lost opportunity to broaden the tax base. An increase in the share of revenue from a recurrent tax on residential property or land values would reduce the cyclical sensitivity of government revenues and encourage more efficient allocation of land resources.

There remains scope to ensure that environmental taxation contributes to achieving targets in terms of energy efficiency and greenhouse gas emission reduction targets. Reduced VAT rates on energy products (at 13.5 %) conflict with overall energy and climate policy objectives as they do not incentivise consumers to reduce their energy consumption or improve energy efficiency.

Ireland’s health outcomes rank in the middle third of the OECD on areas such as life expectancy at 65. However, we are in the bottom third on a range of quality of care indicators, including avoidable hospital admissions, cancer survival rates and volume of antibiotics prescribed per person. Despite these less than optimal outcomes, Ireland spends 8.3% of gross national income on public healthcare, which is the second highest in the EU after Denmark (8.4%). Given Ireland’s relatively young population and the number of people with private health insurance the amount of public spending is high.

Budget overruns in health are large and systematic. The overrun in 2014 was €647 million (5-6% of the health budget)1 . Financial management systems across the HSE are fragmented, leading to costs, delays and a lack transparency.

Primary care centres could be compromised by the shortage of full-time general practitioners. The barriers to entry of medical practitioners have not been addressed adequately.

The cost of drugs remains high despite the introduction of generics. The Government has yet to introduce legislation requiring prescriptions for domestic dispensing to be done by international non-proprietary name.