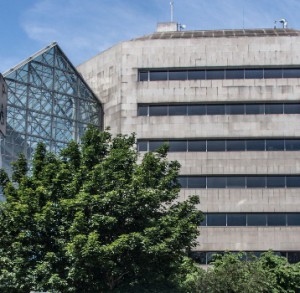 The Local Government Fund is a central fund which finances part of the expenditure of local authorities. In 2016 €1.8 billion will be spent. This note considers the sources of income and expenditure streams of the Fund in 2016.

The Local Government Fund (LGF)1 is a central fund which was established in 1999. The Fund has three sources of income: the Local Property Tax (LPT), motor tax receipts and an Exchequer contribution. Allocation of the LPT has replaced the General Purpose Grant which was provided to local authorities by the Department of the Environment up to 2014.

The Local Property Tax (LPT) will account for a quarter of the total income of the Local Government Fund (LGF) in 2016, totalling €437.6m. The LPT income is based on the Revenue’s projections for 2016 based on net declared LPT liabilities in 2015 and decisions by local authorities to vary the basic rate of the LPT for 2016.

Gross motor tax receipts account for the largest proportion of the LGF, at 60 per cent. Receipts are expected to decrease slightly in 2016. This is due to a reduction in the motor tax for commercial vehicles provided in Budget 2016, and the growth in new private car sales which are registered in lower CO2 emission tax bands, and consequently pay less motor tax relative to older vehicle taxed on the basis of engine capacity.

The Exchequer will contribute €286.6m towards the Fund in 2016 (16% of the total). This is broken down into €149.4m in respect of LPT, €116m relating to water charges including compensation to local authorities for the loss in income owing to the exemption of Irish Water from rates. It will also compensate local authorities €21.4m resulting from changes under the Lansdowne Road Agreement on public sector pay.

The estimated expenditure of the Local Government Fund (LGF) in 2016 is as follows:

LPT payments to local authorities will account for 25 per cent of the Fund totalling €453.3m in 2016.

Since 2011, the Department of Transport, Tourism and Sport (DTTS) may use funding from the LGF towards its expenditure on roads and public transport infrastructure. €348.7m will be directed towards this purpose. Another €12.5m from ‘Other Miscellaneous Schemes’ will be used for the operation of the National Vehicle and Driver File (NVDF) which plays a central role in the collection of motor taxes and parking enforcement cases.

Twenty per cent of the Fund (€360m) will be paid to the Exchequer. It includes €133.7m in relation to local authorities with surplus LPT income which self-fund roads and housing from this surplus instead of receiving revenue from central government. The contribution to the Exchequer from the Fund has been paid since 2012 in recognition of the financial difficulties of the State.

The €107.4m in this category includes €12.5m in respect of the NVDF, as noted above. The remainder is made up of: €23m for group water schemes, €21.4m in compensation for local authorities related to changes under the Lansdowne Road Agreement, miscellaneous local government funding of €11.5m, and €39m for water-related non Housing Finance Agency (HFA) loans and other water-related costs for local authorities.

This €63.6m will cover the income lost by local authorities related to the exemption of certain water and waste water services from commercial rates (€47m), and loss of commercial rates from properties of public utility undertakings (such as the ESB, Gas Networks Ireland, and Iarnród Éireann) which were revalued in 2015 (€16.6m).

1 I would like to thank the Department of the Environment, Community and Local Government for their assistance in providing information on the LGF.