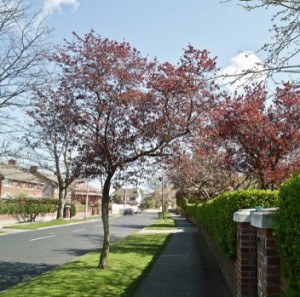 The Central Bank restrictions on mortgage lending have moderated the rate of increase in house prices which are still substantially below the unsustainable peak levels reached in 2007.

In January 2015, new more restrictive mortgage lending regulations were introduced by the Central Bank. Limits were imposed on loan-to-value (LTV) and loan-to-income (LTI) ratios. The rules which apply to first-time buyers include an LTV limit of 90% up to €220,000 and loan-to-income (LTI) limits of three and a half times gross annual income for those buying a principal dwelling home (PDH). Additional sums above this value are subjected to an LTV limit of 80 per cent. Also, non-first time buyers of a PDH can avail of an 80 per cent LTV limit. Banks have discretion to allow 15 per cent of new lending for PDH mortgages to exceed the LTV limits annually. The rules are stricter on buy-to-let (BTL) mortgages as the LTV limit is 70 per cent, and this can only be exceeded in 10 per cent of cases for all non-PDH lending. However, the LTI limits do not apply to BTL mortgages.

The new restrictions have dampened the housing market1 . In the three months up to January 2016, the number of mortgage approvals fell by 14.7% (14 % by value) on an annual basis2 .

The rise in residential property prices has moderated particularly in Dublin. Figure 1 illustrates the year-on-year percentage change in prices between January 2015 and January 2016.

Despite the rise in prices they are still substantially below peak levels which are now widely regarded as having been unsustainable. We examine the data below.

Dublin apartment prices fell by 62.7 % by November 2012 from 2007 levels. This is the highest percentage fall in residential property prices in a given sector. Prices have recovered (60.3%), but remain 40.2% below the peak prices achieved in 2007.

1 The key objective of these regulations is to increase the resilience of the banking and household sectors to the property market and to reduce the risk of bank credit and house price spirals from developing in the future. The Central Bank does not wish to regulate or directly control housing prices (Central Bank, 2015).
2 Banking & Payments Federation Ireland