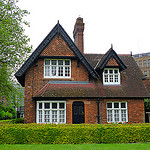 The decision by Government not to adhere to previous commitments to allocate 80 per cent of the yield from local property tax in 2014 to those areas in which the property is based is regrettable.  The reverse in policy has not been explained satisfactorily.

Local elections will be held in 2014. Candidates should have certainty about the allocation of local property tax to local authorities in 2015 in good time to enable them to arrive at reasoned positions on their policy in relation to the power to vary the rate of tax by plus or minus 15 per cent as is already provided for and, indeed, to propose how the revenues from the LPT should be spent.

Government needs to indicate clearly what the position is.

On 12 March 2013 the Minister for the Environment, Community & Local Government Mr Phil Hogan T.D. confirmed that Government accepted, in principle, a policy position that from 2014, 80% of all Local Property Tax (LPT) receipts should be retained within the local authority areas where the properties are based and that these receipts should be used by those authorities in their local budgets.

The remaining 20% of the LPT collected nationally was to go to the Local Government Fund, which provides funding to local authorities on a needs and resources basis1.

The Government has indicated an intention to move to 80% retention of all Local Property Tax receipts within the local authority area where the tax is raised. The establishment of Irish Water presents local government with significant organisational and financial challenges in 2014 and, in this context, it has been necessary to defer defining a certain proportion of the proceeds of the Local Property Tax to be retained in each local authority until 2015. This approach allows maximum flexibility in allocating Local Property Tax in 2014 with the priority to support those local authorities with weaker funding bases.

This is important because it was envisaged that local authorities would have the power to vary the rate of LPT on properties in their area by plus or minus 15 per cent from 2015.

The principle of allocating the yield from property taxes to local authorities is well established and is an essential underpinning of a meaningful local democracy. It was a defining feature of the rating system when applied to residential property and still applies to commercial rates.

The €200 annual charge on non principal private residences (second homes),which applied for the years 2009 to 2013 was paid entirely to the local authority in which the property was located.

However, the interim Household Charge of €100 which was charged on all residential property in 2012 was paid into the Local Government Fund.

Revenue data to 30 September, 2013 shows that the LPT declared for 2013 in the Dublin area was €100.7 million or 41.8 % of the national total (Dublin has 27.7 % of the population). This is not surprising and is in line with other taxes. Other Revenue data for 2009 indicates that Dublin tax districts accounted for 48 % of total VAT (domestic), income Tax, corporation tax and capital gains tax(excluding large cases).

Why Does This Matter ?

The compliance rate for LPT returns was 90 %; ranging from 84% in Donegal to 92% in Dun Laoghaire. While this high compliance rate may be due to the perceived enforcement powers of the Revenue Commissioners, when taxpayers filed their returns they understood that the proceeds of the tax would accrue largely to benefit their local area. This arguably was a factor in achieving such a high compliance rate.

The reasons for the change in approach have not been clearly explained and Government needs to clarify the position for 2015 in good time to enable candidates in the 2014 local elections to take a position on their approach to the power to vary the rate of tax.

1 The needs and resources model has always been a feature of the funding disbursed from the Local Government Fund. It recognises the fact that some local authorities with low population densities will not raise enough funding through the LPT and other local charges such as commercial rates.