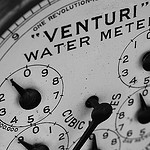 A decision has yet to be made on exactly how the government intends to charge for water. One proposal is to institute a two-part tariff, consisting of a variable rate per unit of water consumed and a fixed rate unrelated to the amount of consumption. Such an approach should be resisted as it dilutes the positive behavioural impacts of water charges while conferring few advantages over water charges based solely on metered use.

Water utilities, like electricity, telephone and rail networks, are natural monopolies. These industries exhibit high capital costs and increasing returns to scale, such that the most efficient market structure is to have one single provider. It would be a waste of resources if, for instance, there were two competing water utilities, each with their own set of pipes from which you could purchase water. As this situation confers on the monopoly provider substantial market power, these industries are often subject to government regulation in terms of the prices they charge.

One of the fundamental results in economics is that resource efficiency is maximised when the price a seller charges for a good is equal to the marginal cost of producing one more unit of that good. This principle is called allocative efficiency, as it implies the most efficient allocation of scarce resources. In perfectly competitive markets, this outcome occurs naturally, but regulators of natural monopolies may seek to replicate this outcome by mandating a price equal to the marginal costs of providing the good or service. However, such a price would not be enough to cover the average costs of production due to the capital-intensity of natural monopolies. The natural monopoly would be unable to function for long in such circumstances as it would be unable to fund any capital investment.

One response to this is to allow the monopolist to charge two tariffs; a per-unit price equal to marginal cost, and a fixed price to ensure a return on capital investment. In terms of allocative efficiency, a two-part tariff is a second-best approach, but it does promote the financial stability of the utility.

Why they should not be applied to water charges

Water charges are about more than simply recovering the cost of providing water services; charging for water based on consumption also discourages wasteful behaviours, which in turn lowers the cost of providing water services in the long run as less infrastructure is needed to supply the population’s demand. The problem with applying the two-part pricing model to water is that, even compared to energy networks, the provision of water is especially capital intensive. This implies that a fixed rate aimed at recouping capital costs and ensuring a rate of return on capital investment could be a large part of the final price the consumer pays for water.
While a two-part tariff is advantageous in terms of approximating allocative efficiency while ensuring financial stability, by decreasing the portion of the final price paid by the consumer that is based on usage, it reduces the incentive to conserve water. Alternatively, a charge for water based exclusively on metered use – whereby the price is set above marginal costs so as to cover both capital and variable costs – would ensure that the consumer is confronted with the full cost of each additional unit of water they consume. This same argument applies towards to the proposed scheme to provide a universal free allowance to all households.

A two-part tariff could also be disadvantageous for the most water-efficient households as it sets a floor below which the price they pay cannot fall, regardless of the amount they consume. Poorer households would be most adversely affected in this regard as the fixed charge would take up a larger share of their income.

Furthermore, consideration should be given to situations where supply is interrupted – be it due to issues of water quality, frozen pipes or whatever reason. In these instances, households should not have to pay for a service they are not receiving and the price charged for water should be zero. This would not happen under a two-part tariff regime, as households would still be charged the fixed rate.