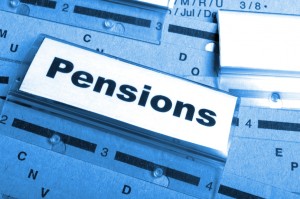 The Universal Social Charge Should Apply to State Contributory Pensions

All agree that a tax system should be fair. But what is fairness ?. One measure of fairness is that people with the same incomes should pay the same amount of income tax (assuming other things are equal). Income tax includes Universal Social Charge.

Given that very difficult decisions have to be made in the forthcoming budget, hard choices are inevitable.

There is one striking anomaly in the legislation1 establishing the Universal Social Charge (USC) which is that the Contributory State Pension and other payments from the Department of Social Protection are exempt from the USC regardless of the amount of the recipients other income. Some older people have very substantial incomes including the State Pension. For example, Revenue data in relation to 2007 shows that 6,623 people over 65 had incomes in excess of €100,000 and 919 had incomes in excess of €275,000.

Bringing the Contributory State Pension within the scope of the USC would improve the fairness of the tax system, and would raise substantial revenue in a progressive way.

The total amount paid in Contributory State Pensions is about €5.3 billion (2012) and the yield from charging these payments to USC would be over €300 million