Home / News and Archive / The Minimum Wage – Too High or Too Low? 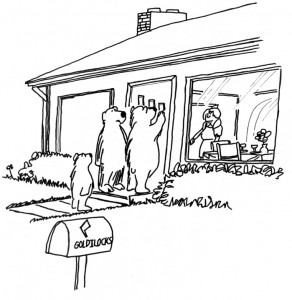 This note discusses the influence the national minimum wage has on the labour market. Judging by European standards, the minimum wage does not appear to be exceptionally high. However, the evidence suggests it is high enough to ensure most people are incentivised to choose to work at the minimum wage over unemployment.

Minimum wages are used in many countries as a tool to protect those in low-wage jobs from exploitation by setting a floor below which hourly pay cannot fall. The level at which this floor is placed is a matter of societal preference, which for Ireland has usually been determined through dialogue between government, employers and trade unions. But the minimum wage is also of economic significance, exerting both push and pull forces on the demand for and supply of labour in the economy:

The influence of both of these arguments was evident in decisions made by the previous and current governments. Spurred by concern from within the Troika that Ireland’s minimum wage was potentially acting as a barrier to job creation, the previous government reduced it from €8.65 to €7.65 an hour in February 2011. This decision was reversed in July 2011 by the present government, who were explicit in their concern about a possible weakening of the incentive to seek employment at the minimum wage over staying in unemployment.

It is sensible to consider whether structural policies designed in an era of full employment remain appropriate for a labour market that has been decimated. Unemployment is 9% higher than when the minimum wage was introduced and 10% higher than when it was first raised to its current level in 2007, while participation in the labour force has fallen from over 64% to less than 60%.

Is the Minimum Wage Too High?

In a recent review of the Irish minimum wage, Patrick Deshpande reveals how we compare internationally using data from Eurostat and the OECD (see The Minimum Wage in Ireland). In nominal terms, the Irish minimum wage is undoubtedly high – at €1,462 a month we rank 2nd out of 20 EU countries with formally set minimum wages, with only Luxembourg ranked higher. However, when account is taken of the higher prices for goods and services in Ireland, we fall to 5th, behind Luxembourg, the Netherlands, Belgium and France.

Is the Minimum Wage Too Low?

The question of whether or not it pays to stay on the dole rather than work has been the focus of lively debate in recent times. Graeme O’Meara has reviewed the evidence in relation to the incentives to work in a recent report, with the most recent findings suggesting that the majority of those who are unemployed face a significant financial incentive to work (see Evidence on the Incentive to Work).

Replacement Rates measure the fraction of in-work income that could be replaced by unemployment benefits. Table 1 looks at Replacement Rates at various levels of earnings, including at the minimum wage, assuming a 39 hour working week.

Looking at the results in the first columns in both tables, it is clear that people’s income is higher in a full-time minimum wage job than on the dole. There are two drawbacks to this finding. The first is that the Department of Finance analysis does not take account of the costs of working, an issue that is especially important for parents who need to pay for childcare.

The second is that many of those in minimum wage jobs will not be working full-time hours. A single person on the minimum wage would need to work at least 22 hours per week in order to be better off than on the dole. However, there are several state supports aimed at supporting those in part-time employment. Those working up to three days a week can qualify for a portion of their Jobseekers Allowance, whereas someone moving from long-term unemployment into part-time employment of less than 24 hours per week may be entitled to continued assistance under the Part-Time Job Incentive Scheme.