Home / News and Archive / Water Policy / Q: How Do You Want To Pay For Water? 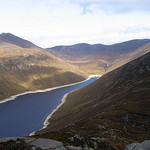 The question posed in the title was included in an Amárach Research survey which was answered by a nationally representative sample of 912 people in May. Respondents were asked to state their preference from the following three options:

Respondents’ preferences for how they would like to pay for water

Pay By Use was the preferred option amongst all household types, regions, genders and class groups. The only grouping to have a preference other than Pay By Use were those aged 15-24, 51% of which opted for a flat charge. In general, the preference for Pay By Use increased with age.

The survey found there to be little difference between the preferences of those who had children and those who did not. However, for those who have children, the ages of those children seem to be an important determining factor. Respondents with children under the age of 17 are more likely to prefer a flat charge and less likely to prefer pay by use than those with children over the age of 17, although pay by use is still marginally more popular than a flat charge.