Home / News and Archive / The High Cost Of Childcare In Ireland 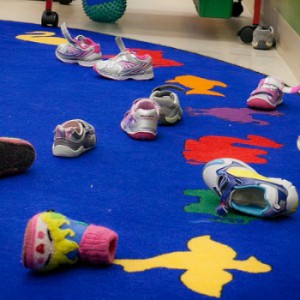 The high cost of childcare in Ireland is a barrier to work particularly for lone parents with low skills.

The cost of childcare in Ireland is high by international standards. Table 1 shows the out of pocket childcare costs for a lone parent of full-time care at a typical childcare centre for 2012. The figures are after child benefit, tax relief or other benefits. The figures show the net cost as a percentage of net family income.

Table 1. Out of Pocket Childcare Costs for a Lone Parent as a % of Net Income 2012

Ireland has the highest percentage in the EU of households consisting of a lone parent with dependent children. The share of households in this category is almost twice the EU average. The data is in Table 2

Table 2: Lone Parents with Dependent Children as % of All Households

This may explain at least partly why we appear to have a particularly high number of households in Ireland with little or no work. The data is in Table 3. On this measure we have the highest incidence of such households in Europe

Note: The data refers to households with adults aged 18-59 (excluding students aged up to 24) who work less than 20 per cent of their available time.
Of these households 21 per cent are lone parents and 65 per cent of the householders adults have lower secondary education or below1.

The prevalence of “workless” households is a significant social problem. This is a complex issue which does not lend itself to simple solutions. However, the evidence suggests that taking steps to ensure the availability and affordability of childcare may form at least part of the solution.