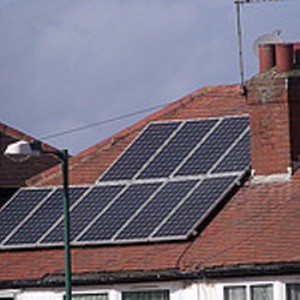 Ireland’s share of renewable energy sources (RES) in gross final energy consumption continues to rise. In 2013, RES accounted for 7.8 per cent of gross final energy consumption in Ireland. The EU average was 15 per cent. The 2009 Renewable Energy Directive (RED) sets targets for RES to be achieved by 2020. This note examines Ireland’s performance and the likely costs to the state should it fail to achieve its targets.

Ireland has legally binding targets for renewable energy which must be met by 2020. Ireland’s target for energy from renewable sources in gross final energy consumption is 16% by 2020, and 10% for the transport sector. The National Renewable Energy Action Plan (NREAP) sets out the interim targets to be achieved by Ireland in order to meet its obligations under the Renewable Energy Directive.  The target for each sector is displayed in table 1 below.

Ireland reports to the European Commission on its progress in renewables. Table 2 below highlights Ireland’s performance between 2010 and 2013. The transport sector has had the greatest percentage increase in the period (109.2%), relative to electricity (41.2%) and heating/cooling (29.5%).

However, as shown in table 3 below, only in 2010 did Ireland meet a target set in the NREAP for any of the sectors; namely heating/cooling (0.1% ahead of target). Electricity had the largest deficit in 2013 with a target of 30.5%, but an outturn of 20.9%. Nonetheless, renewable energy contributed one fifth to the electricity generated, second to gas2. In 2013, Ireland’s share of renewables in total final energy consumption was 2.7 percentage points below what it should be if we were on course to meet our 2020 binding objective.

Figure 1 above shows the interim targets for Ireland towards 2020. EU figures show Ireland has the fourth biggest gap1 between its current renewable energy sources (RES) share and its 2020 target. The gap is 8.2 percentage points. However, Ireland’s RES share in gross final energy consumption has increased more than three fold over the period 2004 to 2013, from 2.4% to 7.8%, respectively.

Table 4 below highlights the European context. Sweden is 3.1 per cent ahead of their 2020 target, while Bulgaria and Estonia are 3 per cent and 0.6 per cent ahead, respectively. In the EU as a whole the share of renewable energy (RE) in gross final consumption reached 15% in 2013 compared with 8.3% in 2004. Ireland has the 5th lowest share of renewables after Luxembourg, Malta, Netherlands and the UK.

Wind energy and biofuels are two areas which the Government has prioritised in terms of achieving 2020 targets. The REFIT (Renewable Energy Feed in Tariff) schemes are the primary mechanism to support the generation of electricity using renewable sources. REFIT 1 and 2 covers onshore wind, hydro and biomass landfill gas. REFIT 3 focuses on biomass technologies. The schemes operate by guaranteeing new renewable generation installations a minimum price for electricity exported to the grid over a 15 year period. Of the 51 measures the Government outlines to support renewable energy, 40% are financial, 35% are soft/technical, and 25% regulatory.

All Member States have been set a target of 10 per cent renewable energy (RE) by 2020 for transport. Within this context Ireland introduced the Biofuel Obligation Scheme (BOS) in 2010. The scheme requires suppliers of mineral oil to ensure that 6 per cent (by volume) of the motor fuels they sell comes from RES (i.e. 6 litres in every 100 litres).  A biofuel levy of two cent per litre also operates. Ireland is so far on track to meet its target for the transport sector.

Ireland was 2.7 percentage points short of its overall RES target for 2013. The average deviation from targets over the period from 2010 to 2013 was 1.8%. If Ireland fails to meet its target by 2020, fines may be imposed by the European Commission. Renewable energy credits may have to be bought from other member states in order to compensate for failure to meet RES targets. A shortfall on the 16% renewable energy target of between 1% and 4% is estimated to cost the exchequer between €140m and €600m3.

1 After UK, Netherlands and France

3 This is a Department of Communication, Energy and Natural Resources estimate made in June 2014.