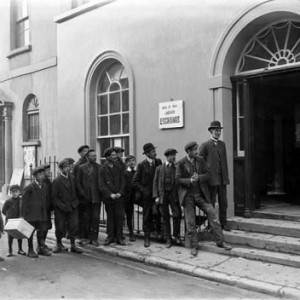 Social protection spending in Ireland (excluding pensions) is the 5th highest in the EU.

The relatively low position in Ireland is due to our relatively young population and because the State pension in Ireland is not income-related as it is in some other countries which do not have the same degree of supplementary private pensions as we have in Ireland. Our supplementary pensions are unfunded in the public sector and supported by substantial tax reliefs amounting to some 1.4 per cent of GNP in the private sector
.
We have the lowest proportion of the population in the EU over 65 (12.6 per cent) compared with an EU average of 18.5 per cent. In the EU the three “oldest” populations are Italy, Germany and Greece with over 65s making up respectively 21.4, 20.8 and 20.5 per cent of the population.

If we look at social protection spending excluding old age payments, we spend 11 per cent of GNP compared with an EU average of 9.2 per cent. We rank 5th on this measure behind Denmark, Finland, Slovakia and France. Our payments in respect of family allowances (child benefit) and unemployment are higher than the EU average.

Notes:
1 We use GNP in Ireland for the reasons set out here.