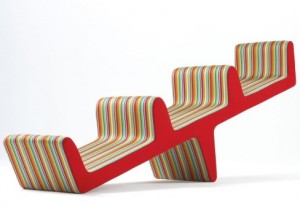 In comparing the tax burden and the level of public spending between countries, the OECD and others usually scale individual country data by the size of that country’s economy.

The size of the economy is normally measured using GDP-or the amount produced in the economy in a given year. For example, in 2009 Irish public health expenditure was 7.1% of GDP compared to a euro area average of 7.5%. An alternative measure of the size of the economy is GNP, which measures the income from production which accrues to residents of that country, For most countries, the use of GDP or GNP as a denominator makes little difference as the profits made by foreign multinationals within the country is balanced by overseas profits of indigenous companies.

For some countries including Ireland (and Luxembourg) there is a substantial difference between the two. For example, preliminary figures for 2011 show that Irish GNP was 79.2% of GDP. The main difference between the two aggregates in Ireland’s case is due to the unbalanced nature of our profit flows; repatriated profits by foreign multinationals based here outweighs overseas profits generated by Irish companies.

Some argue that to express tax and spending as a percentage of Irish GDP gives a false impression of the level of public expenditure here.

What is the correct position? This note attempts to answer that question.

If we regard tax as a burden, the tax/ GDP percentage will understate the real burden of tax on the domestic economy. This is because of the relatively low rate of tax paid by foreign companies located here as a result of our low rate of corporation tax of 12.5%. A truer measure of the tax burden on the domestic economy is obtained if the amount of corporation tax paid by foreign companies located here is deducted from the tax aggregate and the resulting domestic tax aggregate expressed as a percentage of GNP.

In these circumstances, it seems appropriate to use GNP as the most relevant aggregate for Ireland in judging the level of resources to be applied to spending programs.

Returning to the previous example, public health expenditure in 2009 was 8.6% of GNP in Ireland, compared to 7.9% in the euro area.

On this basis, we use Irish GNP as the denominator in making international comparisons of public expenditure throughout this website.