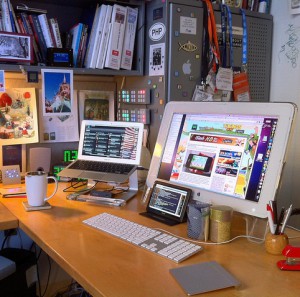 Budget 2015 worsened the relative position of low income self-employed. A self-employed single person on an income of €15,000 now pays almost 8 times more tax and PRSI than an employee on the same income and has a lower entitlement to social welfare benefits

An important principle underlying the tax system is that of equity; in simple terms the amount of tax two people pay should be the same if their income is the same. In other words the source of your income should be irrelevant. The Irish tax system fails this basic test and the unfairness is particularly acute in the case of self-employed people on low and middle incomes. The data is presented below.

Two factors explain the wide difference between the tax treatment of the self-employed vis a vis employees; the employee tax credit and minimum rates of PRSI.

Employees are entitled to claim an additional tax credit (currently €1650). The credit is not available to amounts paid by a company to a proprietary director or to the spouse or civil partner of the person paying the income.

“I am providing a special Schedule Employee Allowance of £400 for each PAYE taxpayer in order to improve the tax progression for these taxpayers and also to take account of the fact that the self-employed generally have at present the advantage of paying tax on a previous year basis. I intend to exclude from this provision those Schedule E taxpayers in a position to control their own remuneration or that of their spouses, for example directors of proprietary companies. This Schedule E employee allowance is also intended to take account of the case made by ICTU that the present general scheme of allowances discriminates against employees and in favour of other taxpayers.”

Given the high rates of inflation3 at that time, the assessment of self-employed persons on their income of the preceding year conferred a significant advantage. This no longer applies as self-employed are now assessed on their current year’s income.

The employee tax credit of €1,650 means that self-employed taxpayers pay almost €32 per week more in income tax than an employed taxpayer on the same income. This bears heaviest on taxpayers at lower levels of income.

Employees pay no PRSI if their income is under €352 per week and per cent of total income where the income is in excess of €352 per week. The self-employed pay 4 per cent of their income (and suffer a minimum charge of €500). The self-employed also qualify for fewer benefits4 . They are entitled to Widowed Pension, State Pension, Maternity Benefit, Adoptive Benefit and Bereavement Grant. They do not qualify for other benefits such as Jobseekers, Illness, Dental and Optical Benefits. The minimum PRSI charge imposes a considerable burden on part-time self- employed persons in comparison with part-time employees

Different rules for Deduction of Expenses

One possible justification for the higher taxes levied on self-employed taxpayers is that they have a more liberal expenses regime.

The expenses allowable for employees are limited to those “incurred wholly, exclusively and necessarily” in the performance of the duties of the office or employment. For self-employed the rules are different. Expenses incurred “wholly and exclusively for the purposes of the business” are allowed though there are restrictions on certain categories of expenses.

The reality is that the deductions allowed to self-employed individuals are ones that should be allowed in order to arrive at a proper definition of income under generally accepted accounting principles. Indeed, classes of expenses such as motor leasing and entertainment expenses which are restricted for tax purposes are fully deductible under accounting rules.

In addition the discrimination against self-employed taxpayers is regressive in that it is more extreme at the bottom of the income scale. If there were any validity in the more liberal expenses regime argument, the required adjustment would need to be very different.

There is a strong case for addressing the unfair treatment of self-employed particularly those on low incomes. A start should be made by reducing the amount of the Employee credit and increasing the personal tax credit which is available to all.
Notes:
1 In 1980 tax reliefs were given in the form of allowances which were deducted from total income to arrive at taxable income. Rates of tax were then applied to taxable income to compute tax due. The value of the allowance varied with the marginal tax rate. A tax credit is deducted from the tax due and is of the same value to all taxpayers. A tax credit of €1,650 is the same as an allowance of €8,250 at the standard rate of tax.
2 Section 3 of Finance Act , 1980
3 The average rate of inflation in 1980 was 18.1%
4 There is an employer contribution paid on behalf of employees

Tagged with: budget2015 Income Self Employed