Home / Health / News and Archive / How Can We Impose the Proposed Limits on Pension Contributions Fairly? 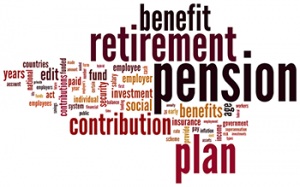 The Government has announced its intention to place a cap on tax relief for pension schemes that deliver income in retirement of more than €60,000.

The mechanism used to date to cap tax relief for pensions has been to cap the maximum sum that may be accumulated in the pension fund. This cap is known as the Standard Fund Threshold (SFT) and at present is limited to a maximum of €2.3 million. For defined benefit schemes a standard multiplier of 20 times the annual pension promise is used.

The current standard multiplier has a number of defects

The question will arise as to how people who have already accumulated pension rights in excess of the cap should be treated.

When the reduced SFT was introduced with effect from 7 December 2010, anyone whose pension fund had a capital value of greater than €2.3m on that date could apply to the Revenue Commissioners before 7th June 2011 for a Personal Fund Threshold (PFT). Once certified by the Revenue Commissioners, they could effectively retain their accumulated pension benefits.

Given the precedent it would seem fair to allow grandfathering of existing accrued pensions.

The use of a fixed multiplier to value pensions regardless of the age at which the pension becomes payable, the position in relation to post-retirement increases and survivorship pensions needs amendment.

The following would appear to be appropriate

The imposition of a cap on the pension fund (SFT) would initially appear to obviate the need for current annual limits on the employee contributions allowable. These limits comprise an age-related percentage (ranging from 15% to 40%) of annual income up to a ceiling of €115,000. No annual limits are imposed on employer contributions. An annual limit in its current form would appear to discriminate against those who have irregular earnings or irregular employment as compared with those in constant full time employment.

Treatment of contributions to PRSAs and by the Self-Employed

Pension funds in excess of the Standard Fund Threshold

The options appear to be

Option 1 While this may appear the cleanest solution, it may not be appropriate to link a contractual arrangement like a pension scheme with the tax relief and employers and employees should in principle be permitted to agree pension arrangements commercially.

Option 2 could impose significant hardship on lower-paid individuals who might not have the liquidity to pay the tax.

Option 3. At present when a pension pot exceeds the SFT or other limit, the chargeable excess is subject to an upfront income tax charge of 41 per cent, thus effectively clawing back tax relief which has been given.

The suggestion above to include pension tax reliefs in the high earner restrictions is, in effect, a variant of Option 2, with the impact confined to those earning in excess of €125,000.