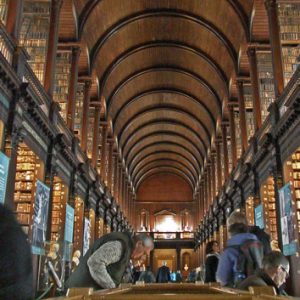 There is a clear link between educational attainment and health; better educated people enjoy better health. The differences between those with low and high level education are dramatic.

This set of Eurostat data are based on people’s perceptions of their own health. There is, not surprisingly, a very strong correlation between our objective state of health and our feelings of feeling healthy or otherwise.

“considerable international evidence that education is strongly linked to health and to determinants of health. …. Moreover, we find that a substantial element of this effect is causal.”

We have already drawn attention to the relatively high public spend on health compared to education in Ireland. This is quite striking (and arguably less than optimum) when one takes into account our relatively young population. We also spend more on health proportionately than other EU and developed countries.

In addition to the educational and economic benefits that would arise from increased investment in education, there is a strong case that improvements in health status would result with a consequent reduction in health spending and improved social wellbeing.