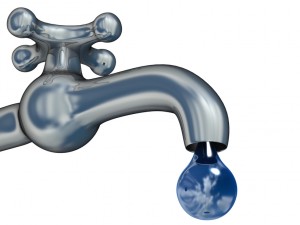 Under the EU/IMF Programme, Ireland is committed to start charging for water by the end of 2013.[1]

The introduction of water charges has a number of advantages other than meeting the terms of our agreement with the troika. These include:

The 2012 Report by PricewaterhouseCoopers, “Irish Water” set out the costs of providing water services for 2012. Total current spending was €715 million and capital spending was a further €517 million. Income mainly from non-domestic charges came to €221 million, which left the Exchequer contribution at just over €1 billion.

The EU Water Framework Directive establishes a framework for action in the field of water policy. One of its measures (Article 9(1)) is the obligation to adopt a cost recovery policy for water services that includes the environmental and resource costs of water use, taking into account the “polluter-pays” principle.

The Eighth Review of Ireland’s Programme by the IMF states:

the authorities commitment to the European Commission to introduce metered water charging is expected to raise about €0.5 billion in 2015 ³ .

If water charges are to be introduced in 2014, urgent consideration needs to be given to an interim charging scheme.

The international evidence (Smets, 2012) suggests that metering is essential in gaining public acceptance of water charges.

It is clear that the installation of water meters in all houses by the end of 2013 is not achievable. Therefore some consideration needs to be given to devising an acceptable interim scheme if the commitment in the EU/IMF Memorandum is to be met.

The introduction of a flat fee per household is not a good idea if we wish to avoid a repeat of the experience with the interim household charge.

Are There Any Alternatives ?

The target of raising €500 million from water charges by 2015 is unrealistic.

It is very likely that introducing a scheme that raises €500 million not based on use would be unacceptable to the public and would set back into the indefinite future the prospect of implementing a charging scheme for water.

The first wave of metering should be in areas where water scarcity is already looming. This is true of the Dublin region, but it may also be true of others. In areas of emerging water scarcity, appropriate metering can reduce consumption to levels that are the norm elsewhere, and reduce the capital and other requirements needed for expanding supply. In these circumstances, if an acceptable interim scheme cannot be devised it would be better to defer the introduction of water charges until the metering programme is complete.

¹I am very grateful to Frank Convery for comments on earlier drafts. The usual disclaimer applies.