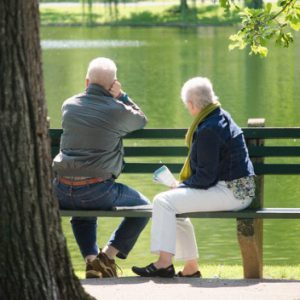 Older people pay less tax than the young on the same income. The differences are very large particularly for married couples with average incomes and below.

Older people qualify for a range of special reliefs as follows

Any person who is aged 65 or over at any time during the tax year qualifies for age credit of €245 for a single person and €490 for a couple (only one of whom needs to be 65 or over).

The State pension (like all social protection payments) is exempt from USC.

Individuals aged 70 years or over whose aggregate income for the year is €60,000 or less qualify for the reduced rate of USC on their entire income. ‘Aggregate’ income for USC purposes does not include payments from the Department of Social Protection.

People of pensionable age (66 or over) are not liable for PRSI.

The combined effect of these provisions results in very significant differences in tax liability between older and younger people. These differences are particularly acute for those below average incomes.

The figures below illustrate the differences in income tax paid among selected groups and salaries.

While some measure of preferential treatment of older people may have public and political support, the question arises whether such stark differences in tax liability (even if one excludes PRSI) for people on the same incomes are justified.