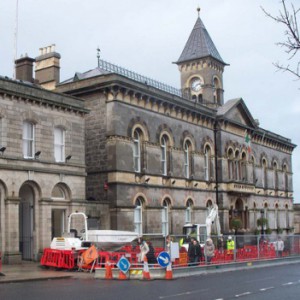 Local authorities plan to spend €4.1 billion in 2016. This note explains where the money will come from and what it will be spent on.

There are thirty one local authorities in Ireland. They have an aggregate income of €4.1 billion for 2016. Table 1 illustrates the nominal income attributable to different sources, such as commercial rates (36%) and the local property tax (7%) for this year. The category ‘Other’ encompasses any credit balance carried by a local authority, as well as the pension-related deduction.

Figure 1 highlights the proportion of income from each source. Commercial rates are the largest contributor at 36 percent, followed by goods & services income at 31 percent, and grants and subsidies (from central Government) at 24 percent. Income from goods and services come from items such as rents and other charges.

The thirty-one local authorities in Ireland plan to spend €4.1 billion in 2016. Table 2 illustrates the breakdown of this expenditure by service division, and figure 2 shows the proportion each service will receive this year on an aggregate basis.