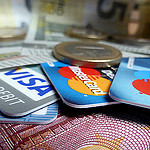 This note examines Ireland’s debt burden and also includes comparisons with other EU countries. Ireland’s debt levels have increased significantly over recent years in order to support the financial sector and fund government deficits. The size of the debt burden is usually measured as the stock of debt as a percentage of GDP. However, this measure does not take account of the different rates of interest countries are charged on their debt. The debt burden may be better expressed in terms of debt servicing costs which are a function of the size of the debt stock as well as the interest rate. High debt results in an inevitable increase in the cost of its servicing. Table 1 shows Ireland’s debt and interest cost since 2012.

A historical analysis of interest costs reveals that although present debt levels are significantly higher than in the past, the burden of financing the debt is significantly lower.

Eurozone Member States have recently made available their Stability Programme Updates – a requirement under the ‘Two-Pack’ legislation. A cross-country comparison of projected debt and interest developments in 2014 reveals the following:

Notes:
1 European Commission, Nov 2012, Eurogroup Statement on Greece.
2 Interest rates on GLF (Greek Loan Facility) and EFSF loans were reduced to 0.5% plus the Euribor.
3 Cancellation of the EFSF guarantee commitment fee.
4 Maturity extensions of a further 15 years were provided for GLF and EFSF loans.
5 Income from the ECB’s Securities Market Program can now be transferred to the Greek State.
Image Credit