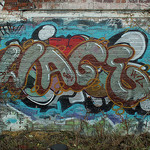 A marked feature of the recession in Ireland has been the persistently high rate of unemployment –despite being at its lowest level for 5 years, unemployment remains elevated at 11.7%. One possible explanation for the persistence of high unemployment is downward wage rigidity. In this note, we examine the behaviour of wages in Ireland during the recession using data from the Survey on Income and Living Conditions (SILC). The evidence suggests that wages in Ireland have remained flexible throughout the period 2008-2011 and have not been significantly constrained by structural or institutional factors.

According to classical labour market theory, wages are determined by a combination of the demand for and supply of labour, with nominal1 wages showing some signs of pro-cyclicality and moving with productivity. We would expect that during a recession, when demand for labour has fallen, that in order to clear the market, wage rates should fall.  However, this is not always observed in reality – for example Schmitt-Grohé and Uribe (2013) analysed several EU countries including Cyprus, Portugal, Spain and Ireland and found very little evidence of a downward adjustment in wages following the economic crash in 2008.

One theory put forth to explain this behaviour of wages is the idea of downward nominal wage rigidity which suggests that nominal wages are rigid (i.e. non flexible) in a recession and do not fall when demand falls. The most obvious reason is that nobody likes pay cuts, such that workers refuse to accept a reduction in pay, or that employers avoid cutting workers’ wages for fear that on a lower wage their loyalty to the firm and work effort will decay. Other structural or institutional factors include legislation that makes it difficult to reduce wages (such as the minimum wage), the strength of trade unions, and the existence of national wage agreements2.

Low Structural or Institutional Barriers to Pay Cuts in Ireland

Keeney and Lawless (2010) investigate the wage setting behaviour and perceived wage flexibility of firms in Ireland based on a survey of Irish employers over 2007-2008.  As part of the survey, firms ranked the main factors which made it difficult for them to initiate a pay cut. The results concluded that there were very few perceived structural or institutional barriers facing Irish firms with respect to wage reductions during that period.

The paper compared the answers given by Irish firms to the answers given by other European firms from the Babecký et al. (2010) survey in order to compare the perceived flexibility of the Irish labour market to that of its European counterparts. The study found that in a European context, Irish firms do not regard national agreements or collective bargaining as a barrier to cutting workers’ wages. Labour regulations and collective agreements were considered barriers to cutting wages by just 22.9% of Irish firms, compared to 91.2% in Spain, 87.8% in Italy and 78.2% in France.  Interestingly, for Ireland, the highest ranked reason (79.8%) to avoid pay cuts was the worry for firms that the reduced effort by workers as a consequence of the pay cut may lead to less output and thus less profit.  This reason was also similarly high in other countries. Other reasons which Irish firms gave for avoiding pay cuts included the fear that the best workers would leave, morale may be affected, it may cause reputational damage to the firm or there may be implicit contacts with workers inside the firm.

As a preliminary, the figure below plots average industrial earnings per week (from the CSO) over 2008 – 2012 and shows that wages appear to have been quite flexible during this time.  This would tend to suggest that over the recession, wages in Ireland have not remained rigid.

In the following analysis, we use data from the Survey on Income and Living Conditions to examine the behaviour of wages in greater depth. We apply the histogram approach by calculating the change in log weekly and hourly earnings. The theory of nominal wage rigidity implies that when examining cuts in wages over the sample period, we would expect to see few negative observations, a spike at zero (i.e. no wage cuts), and a positively skewed distribution. For this reason, the use of histograms are an effective means of testing for nominal wage rigidity, with variations of this approach being employed by Knoppik and Beissinger (2005) and Dickens et al., (2007). If the histograms display a normal distribution, this suggests that there may not be any evidence of wage rigidity in Ireland (i.e. wages have remained flexible) whereas a positively skewed distribution suggests that there is some evidence of downward nominal wage rigidity.

Figures 1 and 2 present the percentage change in the log of weekly earnings for individuals linked over time between 2008 and 2011 and figures 3 and 4 present the change in the log of hourly earnings over the same period. The histograms in Figures 1 and 2 are characterised by a large spike at zero and a symmetrical distribution in both tails. The spike in zero appears to be larger in 2010 and 2011 and the observations in both tails appear to be smaller, which suggests that these periods are characterised by a greater degree of stagnation in pay levels (i.e. wage freezes). Similar results are shown in figures 3 and 4 for the change in the log of hourly earnings with each subsequent year characterised by greater pay freezes and fewer observations in the tails.

These results provide significant evidence that nominal wages have not exhibited downward rigidity, despite the sluggish pace of the economy since 2008. The distribution of the histograms from 2008 to 2011 is not consistent with the theory of nominal wage rigidity as the distribution does not show any signs of an asymmetric distribution and is in fact symmetric for the observed period. However, the spikes at zero suggest that wages have remained relatively stable, neither rising nor falling.

Finally, these results are similar to the findings in a recent paper by Doris, O’Neill and Sweetman (2013) which shows that there has been significant degree of downward wage flexibility in the pre-crisis period in both annual earnings and hourly wages. In addition, Doris et al. (2013) find that the proportion of workers receiving wage cuts more than doubled and the proportion receiving wage freezes increased substantially. However, there is considerable heterogeneity in wage changes, with a significant proportion of workers continuing to receive pay rises at the same time as other were receiving pay cuts. The authors conclude that the Irish labour market is flexible.

1 Nominal wages refer to wages in money terms; real wages refer to wages after taking account of inflation i.e. changes in the cost of living.
2 Babecký et al. (2010) find that collective bargaining power is positively correlated with real wage rigidity whereas nominal wage rigidity is positively correlated with the strictness of employment legislation